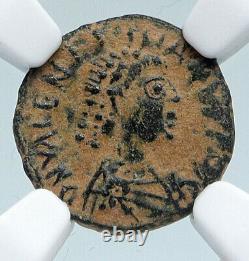 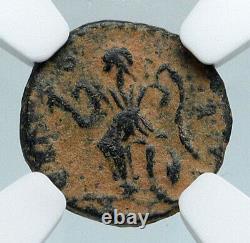 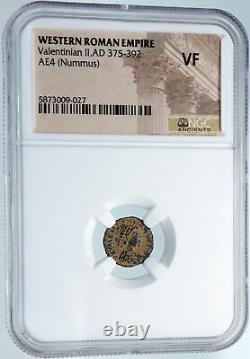 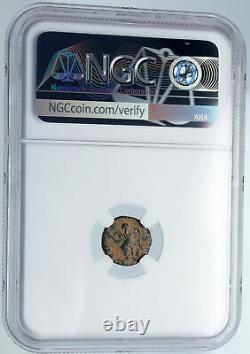 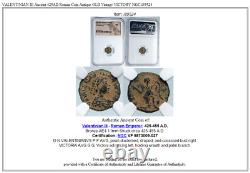 Valentinian was born in the western capital of Ravenna in 419. He was the only son of Galla Placidia and Flavius Constantius. The former was the younger half-sister of the western emperor Honorius, and the latter was at the time Patrician and the power behind the throne. Through his mother, Valentinian was a descendent both of Theodosius I, who was his maternal grandfather, and of Valentinian I, who was the father of his maternal grandmother. It was also through his maternal side that he was the nephew of Honorius and first cousin to Theodosius II (the son of Honorius' brother Arcadius), who was eastern emperor throughout most of Valentianian's life.

Valentinian had a full sister, Justa Grata Honoria, who was probably born in 417 or 418 the history of Paul the Deacon mentions her first when mentioning the children of the marriage, suggesting she was the eldest. His mother had previously been married to Ataulf of the Visigoths, and had borne a son, Theodosius, in Barcelona in 414; but the child had died early in the following year, thus eliminating an opportunity for a Romano-Visigothic line. When Valentinian was less than two years old, Honorius appointed Constantius co-emperor, a dignity he would hold until his death seven months later. As a result of all these family ties, Valentinian was the son, grandson, great-grandson, cousin, and nephew (twice over) of Roman Emperors.

After the death of his father in 421, Valentinian followed his mother and his sister (Justa Grata Honoria) to Constantinople, when Galla Placidia broke with her half-brother, Emperor Honorius, and went to live at the court of Theodosius II. In 423, Honorius died, and the usurper Joannes took the power in Rome. To counter this menace, Theodosius nominated Valentinian Caesar of the west (October 23, 424), and betrothed him to his own daughter Licinia Eudoxia (Valentinian would marry her in 437). In 425, after Joannes had been defeated in war, Valentinian was installed Western Emperor in Rome, on October 23, at the age of six.

Given his minority, the new Augustus ruled under the control first of his mother, and then, after 433, of the Magister militum Flavius Aëtius. Valentinian's reign is marked by the dismemberment of the Western Empire; the conquest of the province of Africa by the Vandals in 439; the loss of great portions of Spain and Gaul, in which the barbarians had established themselves; and the ravaging of Sicily and of the western coasts of the Mediterranean by the fleets of Geiseric. As an off-set against these calamities, there was the great victory of Roman general Aëtius over Attila the Hun in 451 near Châlons.

Aëtius had also campaigned successfully against the Visigoths in southern Gaul (426, 429, 436), and against various invaders on the Rhine and Danube (428-431). The burden of taxation became more and more intolerable as the power of Rome decreased, and the loyalty of its remaining provinces was seriously impaired in consequence.

Ravenna was Valentinian's usual residence, but he and the court eventually moved back to Rome. Rome proved safer on the approach of Attila, who, after ravaging the north of Italy, died in 453. In 454 Aëtius, whose son had married a daughter of the emperor, was treacherously murdered by Valentinian. On March 16 of the following year, however, the emperor himself was assassinated in Rome, by two of the barbarian followers of Aëtius. These retainers may have been put up to the act by Petronius Maximus, a wealthy senator who the following day March 17 had himself proclaimed emperor by the remnants of the Western Roman army after the paying of a large donative. He was not as prepared as he thought to take over and restabilize the depleted empire, however; after a reign of eleven weeks, Maximus was murdered by a Roman mob. King Gaiseric and his Vandals captured Rome a few days later and sacked it for two weeks.

Valentinian not only lacked the ability to govern the empire in a time of crisis, but aggravated its dangers by his self-indulgence and vindictiveness. World-renowned expert numismatist, enthusiast, author and dealer in authentic ancient Greek, ancient Roman, ancient Byzantine, world coins & more. Ilya Zlobin is an independent individual who has a passion for coin collecting, research and understanding the importance of the historical context and significance all coins and objects represent. Send me a message about this and I can update your invoice should you want this method. Getting your order to you, quickly and securely is a top priority and is taken seriously here.