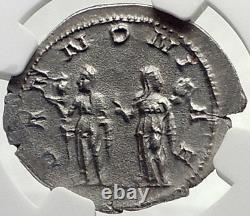 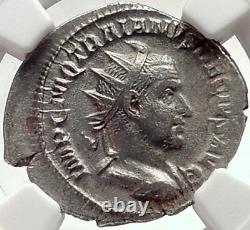 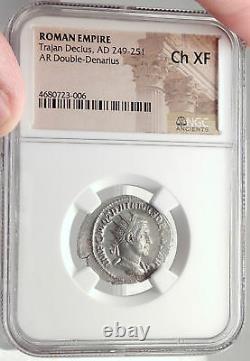 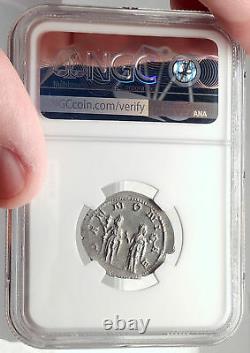 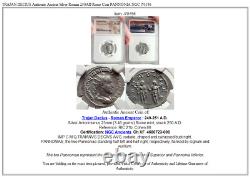 Pannonia was located over the territory of the present-day western Hungary, eastern Austria, northern Croatia, north-western Serbia, northern Slovenia, western Slovakia and northern Bosnia and Herzegovina. Some time between the years 102-107 CE, between the first and second Dacian wars, Trajan divided the province into Pannonia Superior (western part with the capital Carnuntum), and Pannonia Inferior (eastern part with the capitals in Aquincum and Sirmium). According to Ptolemy, these divisions were separated by a line drawn from Arrabona in the north to Servitium in the south; later, the boundary was placed further east. The whole country was sometimes called the Pannonias (Pannoniae). Pannonia Superior was under the consular legate, who had formerly administered the single province, and had three legions under his control.

Pannonia Inferior was at first under a praetorian legate with a single legion as the garrison; after Marcus Aurelius, it was under a consular legate, but still with only one legion. The frontier on the Danube was protected by the establishment of the two colonies Aelia Mursia and Aelia Aquincum by Hadrian. Gaius Messius Quintus Decius ca. 201- June 251 was the Emperor of Rome from 249 to 251. In the last year of his reign, he co-ruled with his son Herennius Etruscus until both of them were killed in the Battle of Abrittus.

Early life and rise to power. Decius, who was born at Budalia, now Martinci, Serbia near Sirmium (Sremska Mitrovica), in Lower Pannonia was one of the first among a long succession of future Roman Emperors to originate from the provinces of Illyria in the Danube.. Unlike some of his immediate imperial predecessors such as Philip the Arab or Maximinus, Decius was a distinguished senator who had served as consul in 232, had been governor of Moesia and Germania Inferior soon afterwards, served as governor of Hispania Tarraconensis between 235-238, and was urban prefect of Rome during the early reign of Emperor Philip the Arab (Marcus Iulius Phillipus).

Around 245, Emperor Philip entrusted Decius with an important command on the Danube. By the end of 248 or 249, Decius was sent to quell the revolt of Pacatianus and his troops in Moesia and Pannonia; the soldiers were enraged because of the peace treaty signed between Philip and the Sassanids. Once arrived, the troops forced Decius to assume the imperial dignity himself instead. Decius still protested his loyalty to Philip, but the latter advanced against him and was killed near Verona, Italy. The Senate then recognized Decius as Emperor, giving him the attribute Traianus as a reference to the good emperor Trajan. As the Byzantine historian Zosimus later noted. Decius was therefore clothed in purple and forced to undertake the [burdens of] government, despite his reluctance and unwillingness. Decius' political program was focused on the restoration of the strength of the State, both military opposing the external threats, and restoring the public piety with a program of renovation of the State religion. Either as a concession to the Senate, or perhaps with the idea of improving public morality, Decius endeavoured to revive the separate office and authority of the censor. The choice was left to the Senate, who unanimously selected Valerian (afterwards emperor). But Valerian, well aware of the dangers and difficulties attaching to the office at such a time, declined the responsibility. The invasion of the Goths and Decius' death put an end to the abortive attempt.

During his reign, he proceeded to construct several building projects in Rome "including the Thermae Deciane or Baths of Decius on the Aventine" which was completed in 252 and still survived through to the 16th century; Decius also acted to repair the Colosseum, which had been damaged by lightning strikes. In January 250, Decius issued an edict for the suppression of Christianity. The edict itself was fairly clear. All the inhabitants of the empire were required to sacrifice before the magistrates of their community'for the safety of the empire' by a certain day (the date would vary from place to place and the order may have been that the sacrifice had to be completed within a specified period after a community received the edict). When they sacrificed they would obtain a certificate (libellus) recording the fact that they had complied with the order.

While Decius himself may have intended the edict as a way to reaffirm his conservative vision of the Pax Romana and to reassure Rome's citizens that the empire was still secure, it nevertheless sparked a terrible crisis of authority as various [Christian] bishops and their flocks reacted to it in different ways. Measures were first taken demanding that the bishops and officers of the church make a sacrifice for the Emperor, a matter of an oath of allegiance that Christians considered offensive. Certificates were issued to those who satisfied the pagan commissioners during the persecution of Christians under Decius.

Forty-six such certificates have been published, all dating from 250, four of them from Oxyrhynchus. Christian followers who refused to offer a pagan sacrifice for the Emperor and the Empire's well-being by a specified date risked torture and execution. A number of prominent Christians did, in fact, refuse to make a sacrifice and were killed in the process including Pope Fabian himself in 250 and anti-Christian feeling[s] led to pogroms at Carthage and Alexandria. " In reality, however, towards the end of the second year of Decius' reign, "the ferocity of the [anti-Christian] persecution had eased off, and the earlier tradition of tolerance had begun to reassert itself. " The Christian church though never forgot the reign of Decius whom they labelled as that "fierce tyrant. At this time, there was a second outbreak of the Antonine Plague, which at its height in 251 to 266 took the lives of 5,000 a day in Rome. This outbreak is referred to as the "Plague of Cyprian" (the bishop of Carthage), where both the plague and the persecution of Christians were especially severe.

Cyprian's biographer Pontius gave a vivid picture of the demoralizing effects of the plague and Cyprian moralized the event in his essay De mortalitate. In Carthage the "Decian persecution" unleashed at the onset of the plague sought out Christian scapegoats.

Decius' edicts were renewed under Valerius in 253 and repealed under his son, Gallienus, in 260-1. The barbarian incursions into the Empire were becoming more and more daring and frequent whereas the Empire was facing a serious economic crisis in Decius' time. During his brief reign, Decius engaged in important operations against the Goths, who crossed the Danube to raid districts of Moesia and Thrace.

This is the first considerable occasion the Goths? Who would later come to play such an important role? Appear in the historical record. The Goths under King Cniva were surprised by the emperor while besieging Nicopolis on the Danube; the Goths fled through the difficult terrain of the Balkans, but then doubled back and surprised the Romans near Beroë (modern Stara Zagora), sacking their camp and dispersing the Roman troops. It was the first time a Roman emperor fled in the face of Barbarians. The Goths then moved to attack Philippopolis (modern Plovdiv), which fell into their hands. The governor of Thrace, Titus Julius Priscus, declared himself Emperor under Gothic protection in opposition to Decius but Priscus's challenge was rendered moot when he was killed soon afterwards. The siege of Philippopolis had so exhausted the numbers and resources of the Goths that they offered to surrender their treasure and prisoners, on condition of being allowed to retire. Decius, who had succeeded in surrounding them and hoped to cut off their retreat, refused to entertain their proposals.

The final engagement, in which the Goths fought with the courage of despair, under the command of Cniva, took place during the second week of June 251 on swampy ground in the Ludogorie (region in northeastern Bulgaria which merges with Dobruja plateau and the Danube Plain to the north) near the small settlement of Abrittus or Forum Terebronii (modern Razgrad): see Battle of Abrittus. Jordanes records that Decius' son Herennius Etruscus was killed by an arrow early in the battle, and to cheer his men Decius exclaimed, Let no one mourn; the death of one soldier is not a great loss to the republic. Nevertheless, Decius' army was entangled in the swamp and annihilated in this battle, while he himself was killed on the field of battle.

As the historian Aurelius Victor relates. Decius , while pursuing the barbarians across the Danube, died through treachery at Abrittus after reigning two years.... Very many report that the son had fallen in battle while pressing an attack too boldly; that the father however, has strenuously asserted that the loss of one soldier seemed to him too little to matter. And so he resumed the war and died in a similar manner while fighting vigorously. One literary tradition claims that Decius was betrayed by his successor Trebonianus Gallus, who was involved in a secret alliance with the Goths but this cannot be substantiated and was most likely a later invention since Gallus felt compelled to adopt Decius' younger son, Gaius Valens Hostilianus, as joint emperor even though the latter was too young to rule in his own right.

It is also unlikely that the shattered Roman legions would proclaim as emperor a traitor who was responsible for the loss of so many soldiers from their ranks. Decius was the first Roman emperor to die in battle against a foreign enemy. World-renowned expert numismatist, enthusiast, author and dealer in authentic ancient Greek, ancient Roman, ancient Byzantine, world coins & more. Ilya Zlobin is an independent individual who has a passion for coin collecting, research and understanding the importance of the historical context and significance all coins and objects represent. Send me a message about this and I can update your invoice should you want this method.