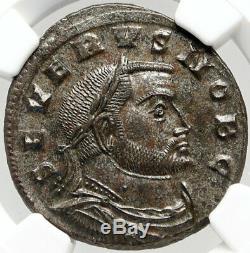 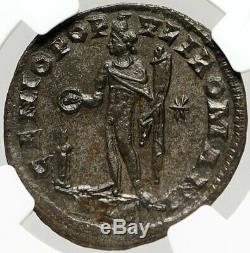 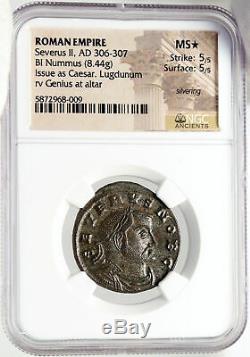 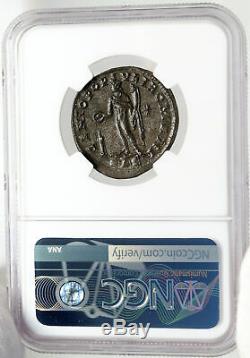 After failing to besiege Rome, he fled to Ravenna. It is thought that he was killed there or executed near Rome. Officer in the Roman army. Severus was of humble birth, born in Northern Illyria around the middle of the third century AD.

He rose to become a senior officer in the Roman army, and as an old friend of Galerius, that emperor ordered that Severus be appointed Caesar of the Western Roman Empire, a post that he succeeded to on 1 May 305. He thus served as deputy-emperor to Constantius I (Constantius Chlorus), Augustus of the western half of empire.

On the death of Constantius I in Britain in the summer of 306, Severus was promoted to Augustus by Galerius, in opposition to the acclamation of Constantine I (Constantius' son) by his own soldiers. When Maxentius, the son of the retired emperor Maximian, revolted at Rome, Galerius sent Severus to suppress the rebellion.

Severus moved towards Rome from his capital, Mediolanum, at the head of an army previously commanded by Maximian. Fearing the arrival of Severus, Maxentius offered Maximian the co-rule of the empire. Maximian accepted, and when Severus arrived under the walls of Rome and besieged it, his men deserted to Maximian, their old commander.

Severus fled to Ravenna, an impregnable position. Maximian offered to spare his life and treat him humanely if he surrendered peaceably, which he did in March or April 307. Despite Maximian's assurance, Severus was nonetheless displayed as a captive and later imprisoned at Tres Tabernae.

One belief is that when Galerius himself invaded Italy to suppress Maxentius and Maximian, the former ordered Severus's death, and that he was executed (or forced to commit suicide) on 16 September 307 at Tres Tabernae , near the current Cisterna di Latina. Another belief is that Severus II was killed in Ravenna. Severus was survived by his son Flavius Severianus.

Visit the Guide on How to Use My Store. For on an overview about using my store, with additional information and links to all other parts of my store which may include educational information on topics you are looking for. The item "SEVERUS II as Caesar Authentic Ancient 305AD Roman Coin GENIUS NGC MS i83548" is in sale since Tuesday, April 7, 2020. This item is in the category "Coins & Paper Money\Coins\ Ancient\Roman\ Imperial (27 BC-476 AD)". The seller is "highrating_lowprice" and is located in Rego Park, New York.