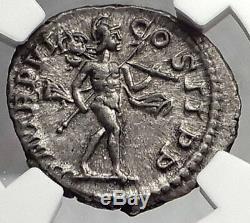 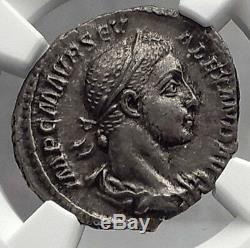 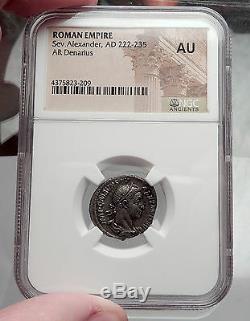 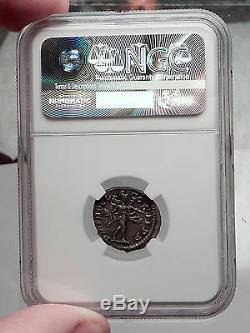 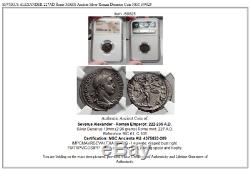 Mars was the Roman god of war , the son of Juno and Jupiter , husband of Bellona , and the lover of Venus. He was the most prominent of the military gods that were worshipped by the Roman legions. The martial Romans considered him second in importance only to Jupiter (their main god). His festivals were held in March (named for him) and October. As the word Mars has no Indo-European derivation, it is most likely the Latinised form of the agricultural Etruscan god Maris. Initially Mars was a Roman god of fertility and vegetation and a protector of cattle, fields and boundaries and farmers. In the second century BC, the conservative Cato the Elder advised "For your cattle, for them to be healthy, make this sacrifice to Mars Silvanus you must make this sacrifice each year".

Mars later became associated with battle as the growing Roman Empire began to expand, and he came to be identified with the Greek god Ares. Unlike his Greek counterpart, Mars was generally revered and rivaled Jupiter as the most honoured god.

He was also the tutelary god of the city of Rome. As he was regarded as the legendary father of Rome's founder, Romulus , it was believed that all Romans were descendants of Mars.

Marcus Aurelius Severus Alexander (October 1, 208âMarch 18, 235 AD), commonly called Alexander Severus , was the last Roman emperor (11 March 222â235) of the Severan dynasty. Alexander Severus succeeded his cousin, Elagabalus upon the latter's assassination in 222 AD, and was ultimately assassinated himself, marking the epoch event for the Crisis of the Third Century ânearly fifty years of disorder, Roman civil wars, economic chaos, regional rebellions, and external threats that brought the Empire to near-collapse. Alexander Severus was the heir apparent to his cousin, the eighteen-year-old Emperor who had been murdered along with his mother by his own guardsâand as a mark of contempt, had their remains cast into the Tiber river. He and his cousin were both grandsons of the influential and powerful Julia Maesa , who had arranged for Elagabalus' acclamation as Emperor by the famed Third Gallic Legion. A rumor of Alexander's death circulated, triggering the assassination of Elagabalus. Alexander's reign was marked by troubles. In military conflict against the rising Sassanid Empire , there are mixed accounts, though the Sassanid threat was checked. However, when campaigning against Germanic tribes of Germania , Alexander Severus apparently alienated his legions by trying diplomacy and bribery, and they assassinated him.

He had an elder sister called Theoclia and little is known about her. Alexander's maternal great-aunt was empress Julia Domna (also Maesa's younger sister) and his great-uncle in marriage was emperor Lucius Septimius Severus. Emperors Caracalla and Publius Septimius Geta , were his mother's maternal cousins. In 221, Alexander's grandmother, Maesa, persuaded the emperor to adopt his cousin as successor and make him Caesar and Bassianus changed his name to Alexander. In the following year, on March 11, Elagabalus was murdered, and Alexander was proclaimed emperor by the Praetorians and accepted by the Senate.

When Alexander became emperor, he was young, amiable, well-meaning, and entirely under the dominion of his mother. Julia Mamaea was a woman of many virtues, and she surrounded the young emperor with wise counsellors. She watched over the development of her son's character and improved the tone of the administration.

On the other hand, she was inordinately jealous. She also alienated the army by extreme parsimony, and neither she nor her son were strong enough to impose military discipline.

Mutinies became frequent in all parts of the empire; to one of them the life of the jurist and praetorian praefect Ulpian was sacrificed; another compelled the retirement of Cassius Dio from his command. On the whole, however, the reign of Alexander was prosperous until the rise, in the east, of the Sassanids. Of the war that followed there are various accounts. (Mommsen leans to that which is least favourable to the Romans).

According to Alexander's own dispatch to the senate, he gained great victories. At all events, though the Sassanids were checked for the time, the conduct of the Roman army showed an extraordinary lack of discipline. The following year he was called to face German invaders in Gaul , who had breached the Rhine frontier in several places, destroying forts and over-running the countryside. Alexander mustered his forces, bringing legions from the eastern provinces, and crossed the Rhine into Germany on a pontoon bridge.

Whether this was a wise policy or not, it caused the Roman legionaries to look down on their emperor as one who was prepared to commit unsoldierly conduct. Herodian says "in their opinion Alexander showed no honourable intention to pursue the war and preferred a life of ease, when he should have marched out to punish the Germans for their previous insolence".

These circumstances drove the army to look for a new leader. They chose Gaius Iulius Verus Maximinus , a Thracian soldier who had worked his way up through the ranks. Following the nomination of Maximinus as emperor, Alexander was slain (on either March 18 or March 19, 235), together with his mother, in a mutiny of the Primigenia Legio XXII. These assassinations secured the throne for Maximinus. The death of Alexander is considered as the end of the Principate system established by Augustus. Although the Principate continued in theory until the reign of Diocletian , Alexander Severus' death signalled the beginning of the chaotic period known as the Crisis of the Third Century which weakened the empire considerably. Alexander was the last of the Syrian emperors. Under the influence of his mother, he did much to improve the morals and condition of the people. His advisers were men like the famous jurist Ulpian, the historian Cassius Dio and a select board of sixteen senators; a municipal council of fourteen assisted the urban praefect in administering the affairs of the fourteen districts of Rome. In religious matters Alexander preserved an open mind. It is said that he was desirous of erecting a temple to the founder of Christianity , but was dissuaded by the pagan priests. Alexander was married three times. His most famous wife was Sallustia Orbiana , Augusta , whom he married in 225.

He divorced and exiled her in 227, after her father, Seius Sallustius , was executed for attempting to assassinate the emperor. Another wife was Sulpicia Memmia.

When should I leave feedback? Please don't leave any negative feedbacks, as it happens sometimes that people rush to leave feedback before letting sufficient time for their order to arrive. The matter of fact is that any issues can be resolved, as reputation is most important to me. My goal is to provide superior products and quality of service. How and where do I learn more about collecting ancient coins? Visit the "Guide on How to Use My Store" for on an overview about using my store, with additional information and links to all other parts of my store which may include educational information on topics you are looking for. You may also want to do a YouTube search for the term "ancient coin collecting" for educational videos on this topic. The item "SEVERUS ALEXANDER 227AD Rome MARS Ancient Silver Roman Denarius Coin NGC i59825" is in sale since Saturday, March 4, 2017. This item is in the category "Coins & Paper Money\Coins\ Ancient\Roman\ Imperial (27 BC-476 AD)".