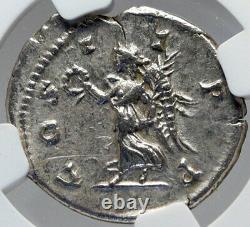 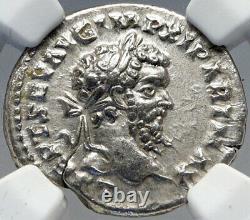 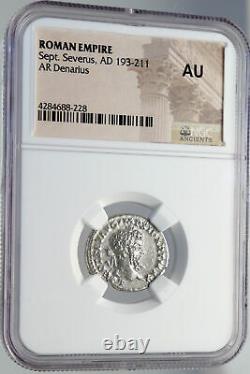 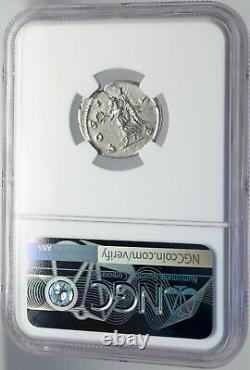 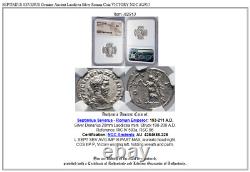 In ancient Roman religion, Victoria or Victory was the personified goddess of victory. She is the Roman equivalent of the Greek goddess Nike, and was associated with Bellona. She was adapted from the Sabine agricultural goddess Vacuna and had a temple on the Palatine Hill. The goddess Vica Pota was also sometimes identified with Victoria. Unlike the Greek Nike, the goddess Victoria (Latin for "victory") was a major part of Roman society. Multiple temples were erected in her honor. When her statue was removed in 382 CE by Emperor Gratianus there was much anger in Rome. She was normally worshiped by triumphant generals returning from war. Also unlike the Greek Nike, who was known for success in athletic games such as chariot races, Victoria was a symbol of victory over death and determined who would be successful during war.

Victoria appears widely on Roman coins, jewelry, architecture, and other arts. She is often seen with or in a chariot, as in the late 18th-century sculpture representing Victory in a quadriga on the Brandenburg Gate in Berlin, Germany; "Il Vittoriano" in Rome has two. Winged figures, very often in pairs, representing victory and referred to as "victories", were common in Roman official iconography, typically hovering high in a composition, and often filling spaces in spandrels or other gaps in architecture.

These represent the spirit of victory rather than the goddess herself. They continued to appear after Christianization of the Empire, and slowly mutated into Christian angels.

Lucius Septimius Severus (or rarely Severus I) (April 11, 145/146-February 4, 211) was a Roman general, and Roman Emperor from April 14, 193 to 211. He was born in what is now the Berber part of Rome's historic Africa Province. Septimius Severus was born and raised at Leptis Magna (modern Berber, southeast of Carthage, modern Tunisia).

Severus came from a wealthy, distinguished family of equestrian rank. Severus was of Italian Roman ancestry on his mother's side and of Punic or Libyan-Punic ancestry on his father's. Little is known of his father, Publius Septimius Geta, who held no major political status but had two cousins who served as consuls under emperor Antoninus Pius.

His mother, Fulvia Pia's family moved from Italy to North Africa and was of the Fulvius gens, an ancient and politically influential clan, which was originally of plebeian status. His siblings were a younger Publius Septimius Geta and Septimia Octavilla.

Severus's maternal cousin was Praetorian Guard and consul Gaius Fulvius Plautianus. In 172, Severus was made a Senator by the then emperor Marcus Aurelius. In 187 he married secondly Julia Domna. In 190 Severus became consul, and in the following year received from the emperor Commodus (successor to Marcus Aurelius) the command of the legions in Pannonia.

On the murder of Pertinax by the troops in 193, they proclaimed Severus Emperor at Carnuntum, whereupon he hurried to Italy. The former emperor, Didius Julianus, was condemned to death by the Senate and killed, and Severus took possession of Rome without opposition. The legions of Syria, however, had proclaimed Pescennius Niger emperor. At the same time, Severus felt it was reasonable to offer Clodius Albinus, the powerful governor of Britannia who had probably supported Didius against him, the rank of Caesar, which implied some claim to succession.

With his rearguard safe, he moved to the East and crushed Niger's forces at the Battle of Issus. The following year was devoted to suppressing Mesopotamia and other Parthian vassals who had backed Niger. When afterwards Severus declared openly his son Caracalla as successor, Albinus was hailed emperor by his troops and moved to Gallia. Severus, after a short stay in Rome, moved northwards to meet him. On February 19, 197, in the Battle of Lugdunum, with an army of 100,000 men, mostly composed of Illyrian, Moesian and Dacian legions, Severus defeated and killed Clodius Albinus, securing his full control over the Empire. Severus was at heart a soldier, and sought glory through military exploits. In 197 he waged a brief and successful war against the Parthian Empire in retaliation for the support given to Pescennius Niger.

The Parthian capital Ctesiphon was sacked by the legions, and the northern half of Mesopotamia was restored to Rome. His relations with the Roman Senate were never good.

Severus ordered the execution of dozens of Senators on charges of corruption and conspiracy against him, replacing them with his own favorites. He also disbanded the Praetorian Guard and replaced it with one of his own, made up of 50,000 loyal soldiers mainly camped at Albanum, near Rome (also probably to grant the emperor a kind of centralized reserve). During his reign the number of legions was also increased from 25/30 to 33. He also increased the number of auxiliary corps (numerii), many of these troops coming from the Eastern borders.

Additionally the annual wage for a soldier was raised from 300 to 500 denarii. Although his actions turned Rome into a military dictatorship, he was popular with the citizens of Rome, having stamped out the rampant corruption of Commodus's reign. According to Cassius Dio, however, after 197 Severus fell heavily under the influence of his Praetorian Prefect, Gaius Fulvius Plautianus, who came to have almost total control of most branches of the imperial administration. Plautianus's daughter, Fulvia Plautilla, was married to Severus's son, Caracalla. Plautianus's excessive power came to an end in 205, when he was denounced by the Emperor's dying brother and killed. The two following praefecti, including the jurist Aemilius Papinianus, received however even larger powers.

Starting from 208 Severus undertook a number of military actions in Roman Britain, reconstructing Hadrian's Wall and campaigning in Scotland. He reached the area of the Moray Firth in his last campaign in Caledonia, as was called Scotland by the Romans..

In 210 obtained a peace with the Picts that lasted practically until the final withdrawal of the Roman legions from Britain, before falling severely ill in Eboracum (York). He is famously said to have given the advice to his sons: "Be harmonious, enrich the soldiers, and scorn all other men" before he died at Eboracum on February 4, 211. Upon his death in 211, Severus was deified by the Senate and succeeded by his sons, Caracalla and Geta, who were advised by his wife Julia Domna.

The stability Severus provided the Empire was soon gone under their reign. Though his military expenditure was costly to the empire, Severus was the strong, able ruler that Rome needed at the time. He began a tradition of effective emperors elevated solely by the military. Severus was also distinguished for his buildings. Apart from the triumphal arch in the Roman Forum carrying his full name, he also built the Septizodium in Rome and enriched greatly his native city of Leptis Magna (including another triumphal arch on the occasion of his visit of 203). Christians were persecuted during the reign of Septimus Severus. Severus allowed the enforcement of policies already long-established, which meant that Roman authorities did not intentionally seek out Christians, but when people were accused of being Christians they could either curse Jesus and make an offering to Roman gods, or be executed. Furthermore, wishing to strengthen the peace by encouraging religious harmony through syncretism, Severus tried to limit the spread of the two quarrelsome groups who refused to yield to syncretism by outlawing conversion to Christianity or Judaism. Individual officials availed themselves of the laws to proceed with rigor against the Christians. Naturally the emperor, with his strict conception of law, did not hinder such partial persecution, which took place in Egypt and the Thebaid, as well as in Africa proconsularis and the East. Christian martyrs were numerous in Alexandria cf. Clement of Alexandria, Stromata, ii. 20; Eusebius, Church History, V. No less severe were the persecutions in Africa, which seem to have begun in 197 or 198 cf. Tertullian's Ad martyres , and included the Christians known in the Roman martyrology as the martyrs of Madaura. Probably in 202 or 203 Felicitas and Perpetua suffered for their faith. Persecution again raged for a short time under the proconsul Scapula in 211, especially in Numidia and Mauritania. Later accounts of a Gallic persecution, especially at Lyon, are legendary. In general it may thus be said that the position of the Christians under Septimius Severus was the same as under the Antonines; but the law of this Emperor at least shows clearly that the rescript of Trajan had failed to execute its purpose. World-renowned expert numismatist, enthusiast, author and dealer in authentic ancient Greek, ancient Roman, ancient Byzantine, world coins & more. Ilya Zlobin is an independent individual who has a passion for coin collecting, research and understanding the importance of the historical context and significance all coins and objects represent. Send me a message about this and I can update your invoice should you want this method. Getting your order to you, quickly and securely is a top priority and is taken seriously here. Great care is taken in packaging and mailing every item securely and quickly. What is a certificate of authenticity and what guarantees do you give that the item is authentic? You will be very happy with what you get with the COA; a professional presentation of the coin, with all of the relevant information and a picture of the coin you saw in the listing. Additionally, the coin is inside it's own protective coin flip (holder), with a 2x2 inch description of the coin matching the individual number on the COA.

Visit the "Guide on How to Use My Store". For on an overview about using my store, with additional information and links to all other parts of my store which may include educational information on topics you are looking for. This item is in the category "Coins & Paper Money\Coins: Ancient\Roman: Imperial (27 BC-476 AD)".