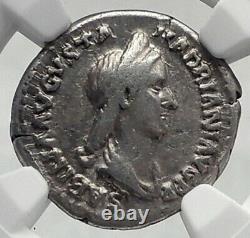 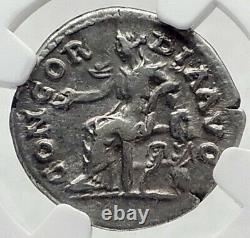 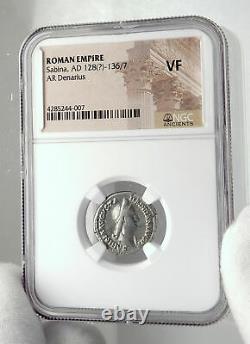 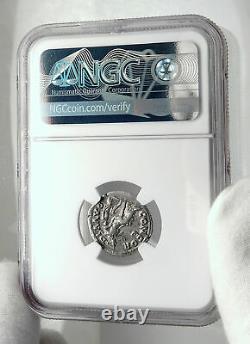 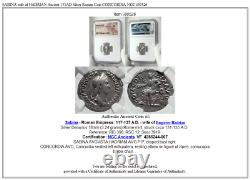 Concordia Augusta was cultivated in the context of Imperial cult. Dedicatory inscriptions to her, on behalf of emperors and members of the imperial family, were common. In art, Concordia was depicted sitting, wearing a long cloak and holding onto a patera (sacrificial bowl), a cornucopia (symbol of prosperity), or a caduceus (symbol of peace). She was often shown in between two other figures, such as standing between two members of the Imperial family shaking hands.

She was associated with a pair of female deities, such as Pax and Salus, or Securitas and Fortuna. Paired "Security and Luck" could also be represented by Hercules and Mercury. The oldest Temple of Concord, built in 367 BC by Marcus Furius Camillus, stood on the Roman Forum. Other temples and shrines in Rome dedicated to Concordia were largely geographically related to the main temple, and included (in date order). A bronze shrine (aedicula) of Concord erected by the aedile Gnaeus Flavius in 304 BC "in Graecostasis" and "in area Volcani" (placing it on the Graecostasis, close to the main temple of Concord).

It must have been destroyed when the main temple was enlarged by Opimius in 121 BC. One built on the arx (probably on the east side, overlooked the main temple of Concord below). It was probably vowed by the praetor Lucius Manlius in 218 BC after quelling a mutiny among his troops in Cisalpine Gaul, with building work commencing in 217 and dedication occurring on 5 February 216. A temple to Concordia Nova, marking the end Julius Caesar had brought to civil war. It was voted by the senate in 44 BC. But was possibly never built. A temple built by Livia according to Ovid's Fasti VI.

637638 ("te quoque magnifica, Concordia, dedicat aede Livia quam caro praestitit ipsa viro" - the only literary reference to this temple). The description of the Porticus Liviae follows immediately, and it is probable therefore that the temple was close to or within the porticus, but the small rectangular structure marked on the Marble Plan frg. 10 can hardly have been a temple deserving of the epithet "magnifica" (HJ 316). In Pompeii, the high priestess Eumachia dedicated a building to Concordia Augusta.

Vibia Sabina (83-136/137) was a Roman Empress, wife and second cousin, once removed, to Roman Emperor Hadrian. She was the daughter to Salonina Matidia (niece of Roman Emperor Trajan), and suffect consul Lucius Vibius Sabinus. After her father's death in 84, Sabina along with her half-sisters lived with their grandmother, mother and were raised in the household of Trajan, his wife Pompeia Plotina and her stepfather. She married Hadrian in 100, at the Roman Empress Pompeia Plotina's request, for Hadrian to succeed her great uncle, in 117. Sabina's mother Matidia (Hadrian's second cousin) was also fond of Hadrian and allowed him to marry her daughter. They had no children and had an unhappy marriage.

Sabina was said to have remarked that she had taken steps to see she never had children by Hadrian because they would "harm the human race". It seems that she once aborted a child of theirs.

Sabina was strong and independent and her beliefs in marriage didn't sit well with the Emperor. Sabina had an affair with Suetonius a historian (and Hadrian's secretary) in the year 119.

In 128, she was awarded the title of Augusta. Vibia Sabina died before her husband, some time in 136 or early 137. Vibia Aurelia Sabina (170-died before 217), daughter and youngest child of Roman Emperor Marcus Aurelius and Roman Empress Faustina the Younger was a great, great niece to Vibia Sabina. Her name was bestowed in honor of Sabina and her father. Publius Aelius Hadrianus (as emperor Imperator Caesar Divi Traiani filius Traianus Hadrianus Augustus , and Divus Hadrianus after his apotheosis, known as Hadrian in English; 24 January 76 - 10 July 138) was emperor of Rome from AD 117 to 138, as well as a Stoic and Epicurean philosopher.

A member of the gens Aelia , Hadrian was the third of the so-called Five Good Emperors. Hadrian was born Publius Aelius Hadrianus in Italica or, less probably, in Rome, from a well-established family which had originated in Picenum in Italy and had subsequently settled in Italica, Hispania Baetica (the republican Hispania Ulterior), near the present day location of Seville, Spain. His predecessor Trajan was a maternal cousin of Hadrian's father. Trajan never officially designated a successor, but, according to his wife, Pompeia Plotina, Trajan named Hadrian emperor immediately before his death. Trajan's wife was well-disposed toward Hadrian: Hadrian may well have owed his succession to her.

Hadrian's presumed indebtedness to Plotina was widely regarded as the reason for Hadrian's succession. However, there is evidence that he accomplished his succession on his own governing and leadership merits while Trajan was still alive. For example, between the years AD 100-108 Trajan gave several public examples of his personal favour towards Hadrian, such as betrothing him to his grandniece, Vibia Sabina, designating him quaestor Imperatoris , comes Augusti , giving him Nerva's diamond "as hope of succession", proposing him for consul suffectus , and other gifts and distinctions. The young Hadrian was Trajan's only direct male family/marriage/bloodline. The support of Plotina and of L.

Licinius Sura (died in AD 108) were nonetheless extremely important for Hadrian, already in this early epoch. World-renowned expert numismatist, enthusiast, author and dealer in authentic ancient Greek, ancient Roman, ancient Byzantine, world coins & more. Ilya Zlobin is an independent individual who has a passion for coin collecting, research and understanding the importance of the historical context and significance all coins and objects represent. Send me a message about this and I can update your invoice should you want this method.

For on an overview about using my store, with additional information and links to all other parts of my store which may include educational information on topics you are looking for. The item "SABINA wife of HADRIAN Ancient 131AD Silver Roman Coin CONCORDIA NGC i80526" is in sale since Wednesday, September 18, 2019.