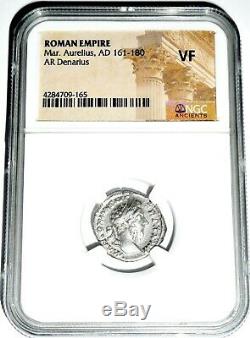 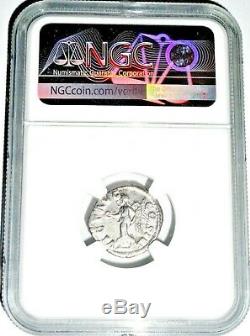 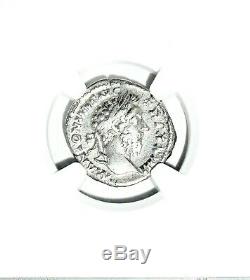 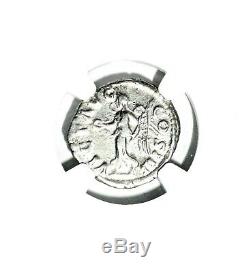 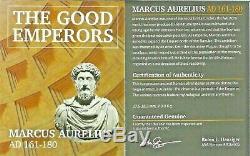 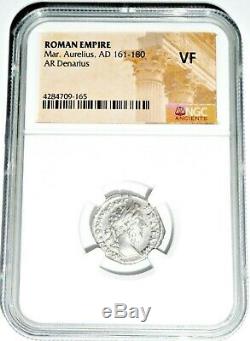 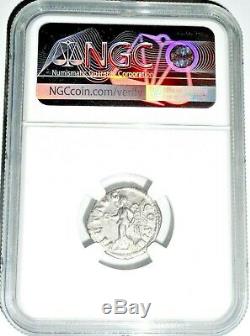 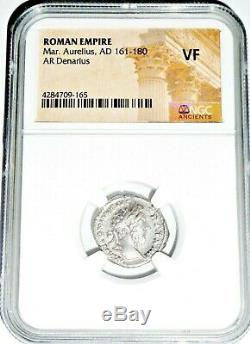 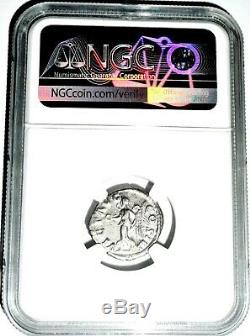 Roman Silver Denarius Marcus Aurelius Coin NGC Certified VF & Story, Certificate. The Photos Are Of The Coin You Will Receive.

Marcus Aurelius was one of the most brilliant rulers the Western world has ever produced. His natural genius was cultivated at a young age by the emperor Hadrian, who ensured that the boy was given the best education possible. As Emperor, Marcus Aurelius aimed to expand the Empire north of the Danube.

This ambition was thwarted by an actus Deithe Antonine Plague, thought to be smallpox, which wiped out a third of the population of the country, including Marcus himself. He is best known for his Meditations, regarded as a masterpiece of Stoic reasoning.