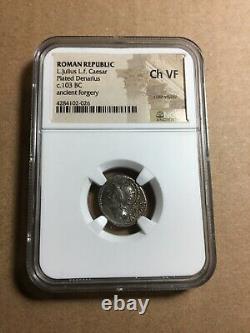 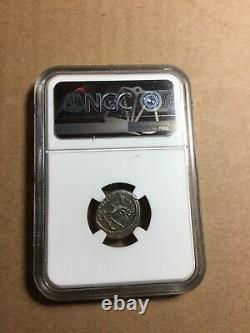 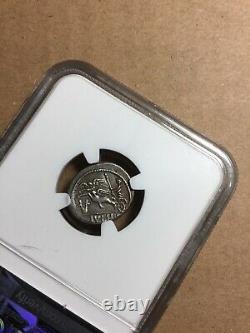 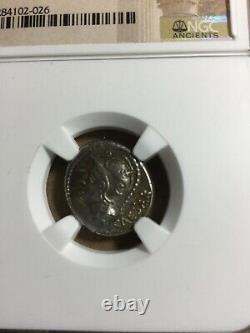 Fouree or Ancient Silver Plated Forgery of AR Denarius These are collectible and recognized by Collectors and NGC they are Ancient Coins. Apparently Fourees are collectible and some are rare. Helmeted head of Mars left; C above, CAESAR behind / Venus Genetrix driving biga of Cupids left, holding scepter and reins; C above, lyre below; LIVLILF in exergue This Lucius Julius Caesar was uncle to Gaius Julius Caesar who was assassinated on the Ides of March, 44 BC L. Julius Caesar was one of the most prominent members of the gens Julii before the rise of his nephew, the Dictator Gaius Julius Caesar. Governor of Macedonia in 94 BC, and consul during the Social War, he passed the basic law which offered Roman citizenship to the Italian allies; as censor along with P. Licinius Crassus, grandfather of the triumvir, he helped to enroll the first of them. After his consulship he attained the pinnacle of the Roman Republic, the Censorship, and helped to enroll the first new Italic citizens enfranchised by his law. An opponent of Marius, he was killed on the latter's return to Rome in 87 BC. He was also grandfather of Mark Antony. The item "Roman Republic L JULIUS CAESAR Ancient NGC Graded Plated Fouree, Coin Read" is in sale since Saturday, September 19, 2020. This item is in the category "Coins & Paper Money\Coins\ Ancient\Roman\ Republic (300 BC-27 BC)".

The seller is "hippo_hippo" and is located in Orlando, Florida. This item can be shipped to United States.