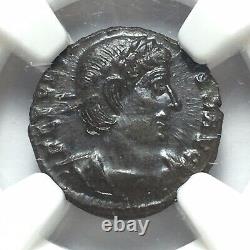 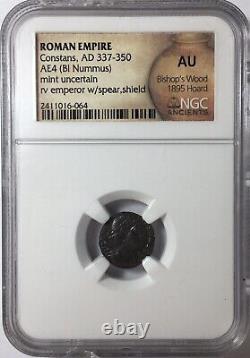 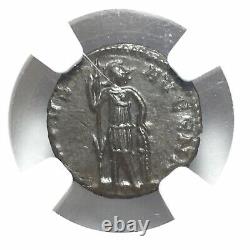 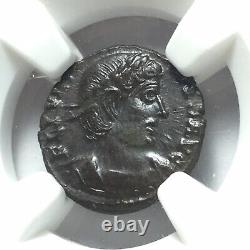 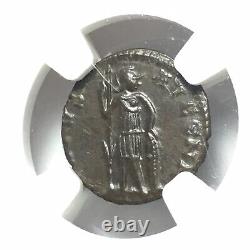 ROMAN EMPIRE CONTANS AD 337-350 AE4 (BI NUMMUS) EMPEROR WITH SPEAR AND SHIELD. The item is a NGC Certified Ancient Coin - it has been rated as AU- NGC is one of the most respected coin certification services - coin can be viewed in their database under the certification number which is 2411016-064. Grading is based on NGC Certification Grading - please review the photographs of the actual coin. We do appreciate P ositive Feedback and will leave you Feedback as soon it is posted for us!