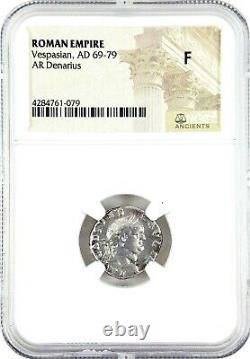 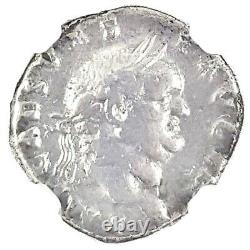 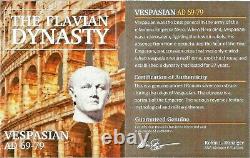 Roman Emperor Vespasian Silver Denarius Coin NGC Certified With Story, Certificate. Vespasian, founder of the Flavian dynasty, was a renowned military commander and took part in both the Roman invasion of Britain in 43 CE and the Roman subjugation of the First Jewish Revolt in 69 CE. On the death of Nero, he was one of the four rival claimants for the throne and emerged as the ultimate victor. He began construction of the Colosseum in Rome. Various pagan deities reflecting contemporary political, military, and religious themes.