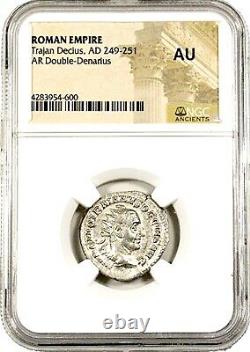 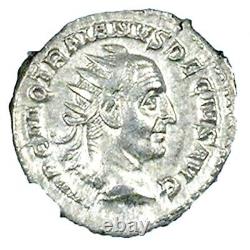 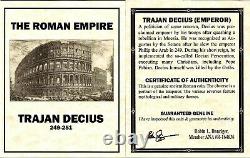 Roman Emperor Trajan Decius Double Denarius Coin NGC Certified AU, With Story, Certificate. Decius, was the first of many Illyrian or Barracks emperors to come, originating from the modern day former Yugoslavia, especially Serbia. Decius was a distinguished senator who had served as a consul, governor and urban prefect of Rome. He was proclaimed emperor by troops fighting for him against a revolt on the Danube. Philip the Arab, marched against him and was defeated.