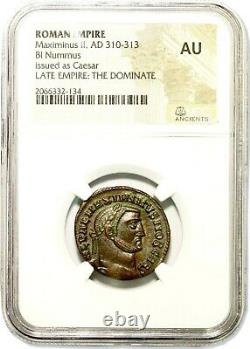 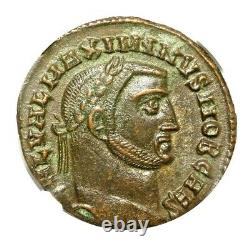 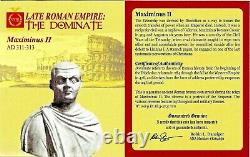 Roman Emperor Maximinus II Bronze Bi Nummus Coin NGC Certified AU With Story, Certificate. The Tetrarchy was devised by Diocletian as a way to insure the smooth transfer of power when an Emperor died. Instead, it was a recipe for civil war. A nephew of Galerius, Maximinus became Caesar in 305 and Augustus six years later. He was a casualty of the Civil Wars of the Tetrarchy, when rival claimants sought to wipe each other out and consolidate power; he committed suicide after his defeat to Licinius I. A staunch pagan, he engaged on one of the last systematic persecutions of Christians. 3.4 x 2.4 x 0.4.