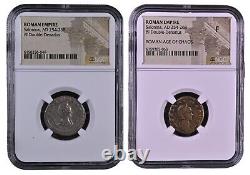 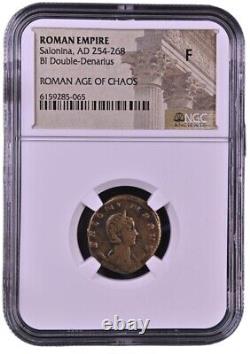 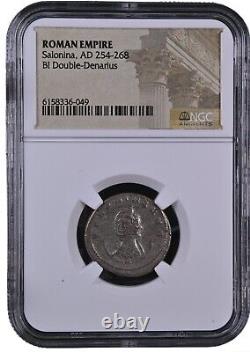 ROMAN COIN SET: Salonina AD 254-268 Double-Denarius NGC. The fate of an emperor's spouse was ultimately tied to the fortunes of her husband, father-in-law and sons.

With the capture of her father-in-law, Valerian, by the Persians, the army on the Rine rebelled against her husband Gallienus and killed her son Saloninus. 258 CE, her other young son Valerian II died in suspicious circumstances in Illyria where he was representing the dynasty. Finally, on the death of her husband, following his defeat in battle, she was also murdered on the orders of the Senate, as they sought to cleanse the throne for the next emperor.