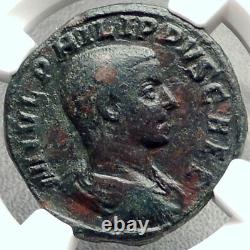 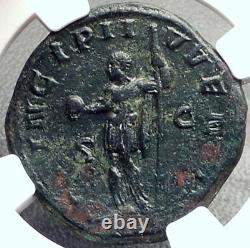 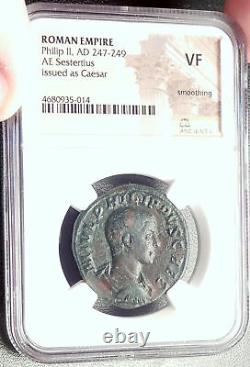 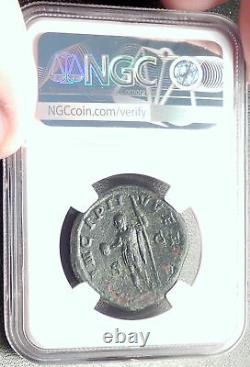 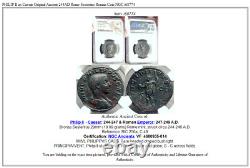 PRINCIPI IVVENT, Philip II standing left, holding spear and globe; S - C across fields. Son of Philip I'The Arab. Marcus Julius Philippus Severus, also known as Philippus II, Philip II and Philip the Younger (238-249) was the son and heir of the Roman Emperor Philip the Arab by his wife Roman Empress Marcia Otacilia Severa. According to numismatic evidence, he had a sister called Julia Severa or Severina, whom the ancient Roman sources do not mention. When his father became emperor in 244 he was appointed Caesar.

Philippus was consul in 247 and 248. His father was killed in battle by his successor Decius in 249. When news of this death reached Rome, he was murdered by the Praetorian Guard. He died in his mother's arms.

Ilya Zlobin is an independent individual who has a passion for coin collecting, research and understanding the importance of the historical context and significance all coins and objects represent. Send me a message about this and I can update your invoice should you want this method. Getting your order to you, quickly and securely is a top priority and is taken seriously here. Great care is taken in packaging and mailing every item securely and quickly. What is a certificate of authenticity and what guarantees do you give that the item is authentic? You will be very happy with what you get with the COA; a professional presentation of the coin, with all of the relevant information and a picture of the coin you saw in the listing. Additionally, the coin is inside it's own protective coin flip (holder), with a 2x2 inch description of the coin matching the individual number on the COA. Whether your goal is to collect or give the item as a gift, coins presented like this could be more prized and valued higher than items that were not given such care and attention to. When should I leave feedback? Please don't leave any negative feedbacks, as it happens sometimes that people rush to leave feedback before letting sufficient time for their order to arrive. The matter of fact is that any issues can be resolved, as reputation is most important to me. My goal is to provide superior products and quality of service. How and where do I learn more about collecting ancient coins? Visit the Guide on How to Use My Store. For on an overview about using my store, with additional information and links to all other parts of my store which may include educational information on topics you are looking for. This item is in the category "Coins & Paper Money\Coins: Ancient\Roman: Imperial (27 BC-476 AD)". The seller is "highrating_lowprice" and is located in this country: US. This item can be shipped worldwide.