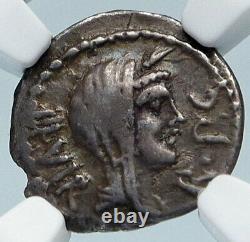 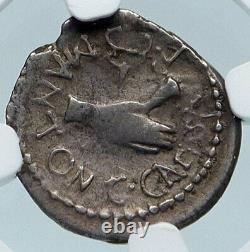 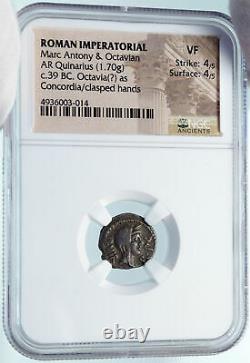 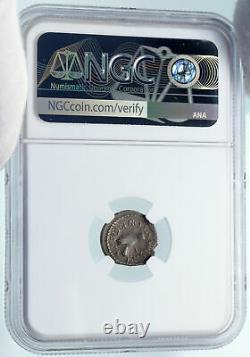 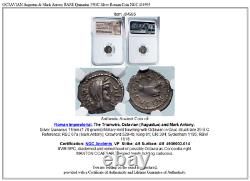 One of the most prominent women in Roman history, Octavia was respected and admired by contemporaries for her loyalty, nobility and humanity, and for maintaining traditional Roman feminine virtues. Julia the Younger and Agrippina Senior. Augustus (Latin: Impertor Caesar Dv Flius Augustus ; 23 September 63 BC - 19 August 14 AD) was the founder of the Roman Empire and its first Emperor, ruling from 27 BC until his death in AD 14. He was born Gaius Octavius into an old and wealthy equestrian branch of the plebeian Octavii family.

His maternal great-uncle Julius Caesar was assassinated in 44 BC, and Octavius was named in Caesar's will as his adopted son and heir, then known as Octavianus (Anglicized as Octavian). He, Mark Antony, and Marcus Lepidus formed the Second Triumvirate to defeat the assassins of Caesar. Following their victory at Philippi, the Triumvirate divided the Roman Republic among themselves and ruled as military dictators. The Triumvirate was eventually torn apart under the competing ambitions of its members. Lepidus was driven into exile and stripped of his position, and Antony committed suicide following his defeat at the Battle of Actium by Octavian in 31 BC. After the demise of the Second Triumvirate, Augustus restored the outward façade of the free Republic, with governmental power vested in the Roman Senate, the executive magistrates, and the legislative assemblies. In reality, however, he retained his autocratic power over the Republic as a military dictator. By law, Augustus held a collection of powers granted to him for life by the Senate, including supreme military command, and those of tribune and censor. It took several years for Augustus to develop the framework within which a formally republican state could be led under his sole rule. He rejected monarchical titles, and instead called himself Princeps Civitatis ("First Citizen of the State"). The resulting constitutional framework became known as the Principate, the first phase of the Roman Empire. The reign of Augustus initiated an era of relative peace known as the Pax Romana (The Roman Peace). The Roman world was largely free from large-scale conflict for more than two centuries, despite continuous wars of imperial expansion on the Empire's frontiers and one year-long civil war over the imperial succession. Augustus dramatically enlarged the Empire, annexing Egypt, Dalmatia, Pannonia, Noricum, and Raetia; expanding possessions in Africa; expanding into Germania; and completing the conquest of Hispania. Beyond the frontiers, he secured the Empire with a buffer region of client states and made peace with the Parthian Empire through diplomacy. He reformed the Roman system of taxation, developed networks of roads with an official courier system, established a standing army, established the Praetorian Guard, created official police and fire-fighting services for Rome, and rebuilt much of the city during his reign. Augustus died in AD 14 at the age of 75. He may have died from natural causes, although there were unconfirmed rumors that his wife Livia poisoned him. He was succeeded as Emperor by his adopted son (also stepson and former son-in-law) Tiberius.

Marcus Antonius , commonly known in English as Mark Antony (Latin: M·ANTONIVS·M·F·M·N)(January 14, 83 BC - August 1, 30 BC), was a Roman politician and general. As a military commander and administrator, he was an important supporter and loyal friend of his mother's cousin Julius Caesar. After Caesar's assassination, Antony formed an official political alliance with Octavian (the future Augustus) and Lepidus, known to historians today as the Second Triumvirate.

Ilya Zlobin is an independent individual who has a passion for coin collecting, research and understanding the importance of the historical context and significance all coins and objects represent. Send me a message about this and I can update your invoice should you want this method. Getting your order to you, quickly and securely is a top priority and is taken seriously here. Great care is taken in packaging and mailing every item securely and quickly. What is a certificate of authenticity and what guarantees do you give that the item is authentic? You will be very happy with what you get with the COA; a professional presentation of the coin, with all of the relevant information and a picture of the coin you saw in the listing. Additionally, the coin is inside it's own protective coin flip (holder), with a 2x2 inch description of the coin matching the individual number on the COA. Whether your goal is to collect or give the item as a gift, coins presented like this could be more prized and valued higher than items that were not given such care and attention to.

My goal is to provide superior products and quality of service. How and where do I learn more about collecting ancient coins? Visit the "Guide on How to Use My Store". For on an overview about using my store, with additional information and links to all other parts of my store which may include educational information on topics you are looking for. The item "OCTAVIAN Augustus & Mark Antony RARE Quinarius 39BC Silver Roman Coin NGC i84995" is in sale since Sunday, July 26, 2020.

This item is in the category "Coins & Paper Money\Coins\ Ancient\Roman\ Republic (300 BC-27 BC)". The seller is "highrating_lowprice" and is located in Rego Park, New York. This item can be shipped worldwide.