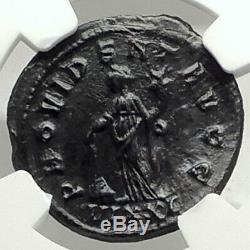 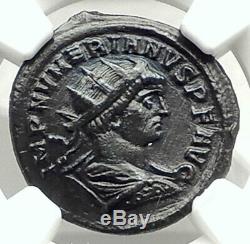 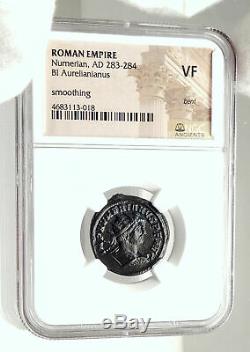 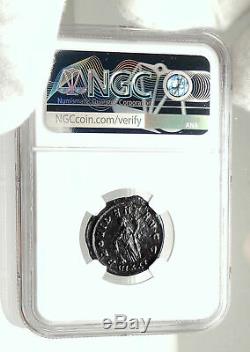 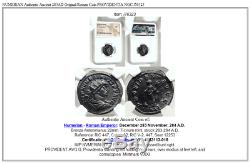 With all their vices, follies, and gross superstitions (indeed, in spite of them), the Romans still appear to have cherished a belief in the perpetual and direct interposition of the gods with respect to human affairs. Among the various monuments which attest this religious feeling, or at leas this profession of religion, on the part of both princes and people, none are more conspicuous than those to be found on their imperial coins, for it is to be observed that previous to the substitution of the monarchical for the republican form of government, that allegorical divinity whose name is derived from providere (to foresee) is not seen either on metal or on marble. In ancient Roman religion, Providentia is a divine personification of the ability to foresee and make provision. She was among the embodiments of virtues that were part of the Imperial cult of ancient Rome.

Providentia thus figures in art, cult, and literature, but has little or no mythology as such. Providentia was an important moral and philosophical abstraction in Roman discourse. Cicero says it is one of the three main components of prudentia , "the knowledge of things that are good or bad or neither, " along with memoria , "memory, " and intellegentia , understanding. The Latin word is the origin of the Christian concept of divine providence. Upon the death of Augustus, the emperor Tiberius established an altar to Providentia Augusta in recognition of the godhead manifested in his father's provisions for the Roman state. The cult title Augusta was attached also to such goddesses as Pax, Justitia, and Concordia during the Imperial era. Traditional epithets invoked a deity within a specific functional sphere by declaring their power.

The title Augusta thus fixed the divinity's force within the sphere of the emperor as Augustus. In 28 AD, after Tiberius arrested and executed Sejanus for conspiracy, the Cult of Virtues played a role in the propaganda that presented the restoration of Imperial order as a return to constitutional government. Sacrifices were offered to Providentia along with Salus ("Security"), Libertas ("Liberty"), and the Genius. Providentia at this time also received a permanent full-time priest (sacerdos) devoted to her.

In the wake of the Pisonian conspiracy against Nero, religious observances in 59 AD to repair the state included sacrifices by the Arval Brethren to various deities, among them Providentia. Providentia appeared on Roman coins issued under Vespasian, Trajan, Hadrian, Antoninus Pius, Septimius Severus, Commodus and Diocletian. A coin issued by Titus depicted his deified father Vespasian handing a globe to his son as his successor, with the legend Providentia Augusta.

Coins issued by Nerva depicted the Genius of the Senate handing the globe to the new emperor, with the legend Providentia Senatus , the Providence of the Senate. Under Carus, with Carinus Augustus: 283-284 A. With Carus and Carinus and 283-284 A. Marcus Aurelius Numerius Numerianus d.

November, 284, known in English as Numerian , was a Roman Emperor (December 283 - November, 284), together with his brother Carinus. They were sons of Carus, a Gaul raised to the office of praetorian prefect under Emperor Probus in 282. In 282, the legions of the upper Danube in Raetia and Noricum proclaimed Numerian's father, the praetorian prefect Marcus Aurelius Carus, emperor, beginning a rebellion against the emperor Probus.

Probus' army, stationed in Sirmium (Sremska Mitrovica, Serbia), decided they did not wish to fight Carus, and assassinated Probus instead. Carus, already sixty, wished to establish a dynasty; and immediately elevated Carinus and Numerian to the rank of Caesar. In 283, Carus raised Carinus to the title Caesar, left him in charge of the West, and moved with Numerian and his praetorian prefect Arrius Aper to the East, to wage war against the Sassanid Empire. The Sassanids had been embroiled in a succession dispute since the death of Shapur, and were in no position to oppose Carus' advance.

According to Zonaras, Eutropius, and Festus, Carus won a major victory against the Persians, taking Seleucia and the Sassanid capital of Ctesiphon (near modern Al-Mada'in, Iraq), cities on opposite banks of the Tigris. In celebration, Numerian, Carus, and Carinus all took the title Persici maximi. Carus died in July or early August, reportedly due to a strike of lightning. Carus' death left Numerian and Carinus as the new Augusti. Carinus quickly made his way to Rome from Gaul, and arrived in January 284.

Numerian lingered in the East. The Roman retreat from Persia was orderly and unopposed, for the Persian King, Bahram II, was still struggling to establish his authority. By March 284 Numerian had only reached Emesa (Homs) in Syria; by November, only Asia Minor. In Emesa he was apparently still alive and in good health, as he issued the only extant rescript in his name there.

Coins are issued in his name in Cyzicus at some time before the end of 284, but it is impossible to know whether he was still in the public eye by that point. After Emesa, Numerian's staff, including the prefect Aper, reported that Numerian suffered from an inflammation of the eyes, and had to travel in a closed coach. When the army reached Bithynia, some of Numerian's soldiers smelled an odor reminiscent of a decaying corpse emanating from the coach. Inside, they found Numerian, dead.

Aper officially broke the news in Nicomedia (zmit) in November. Numerian's generals and tribunes called a council for the succession, and chose Diocles, commander of the cavalry arm of the imperial bodyguard, emperor, in spite of Aper's attempts to garner support. On November 20, 284, the army of the east gathered on a hill 5 km (3.1 mi) outside Nicomedia. The army unanimously saluted their new Augustus, and Diocles accepted the purple imperial vestments.

He raised his sword to the light of the sun, and swore an oath denying responsibility for Numerian's death. He asserted that Aper had killed Numerian and concealed it. In full view of the army, Diocles drew his blade and killed Aper. According to Historia Augusta , Numerian was a man of considerable literary attainments, remarkably amiable and known as a great orator and poet.

However, no other sources, apart from the unreliable Historia , report anything about his personality. World-renowned expert numismatist, enthusiast, author and dealer in authentic ancient Greek, ancient Roman, ancient Byzantine, world coins & more. Ilya Zlobin is an independent individual who has a passion for coin collecting, research and understanding the importance of the historical context and significance all coins and objects represent. Send me a message about this and I can update your invoice should you want this method. Getting your order to you, quickly and securely is a top priority and is taken seriously here. Great care is taken in packaging and mailing every item securely and quickly. What is a certificate of authenticity and what guarantees do you give that the item is authentic? You will be very happy with what you get with the COA; a professional presentation of the coin, with all of the relevant information and a picture of the coin you saw in the listing. Additionally, the coin is inside it's own protective coin flip (holder), with a 2x2 inch description of the coin matching the individual number on the COA. Whether your goal is to collect or give the item as a gift, coins presented like this could be more prized and valued higher than items that were not given such care and attention to. When should I leave feedback? Please don't leave any negative feedbacks, as it happens sometimes that people rush to leave feedback before letting sufficient time for their order to arrive. The matter of fact is that any issues can be resolved, as reputation is most important to me. My goal is to provide superior products and quality of service. How and where do I learn more about collecting ancient coins? Visit the Guide on How to Use My Store. For on an overview about using my store, with additional information and links to all other parts of my store which may include educational information on topics you are looking for. The item "NUMERIAN Authentic Ancient 283AD Original Roman Coin PROVIDENTIA NGC i76323" is in sale since Monday, April 15, 2019.