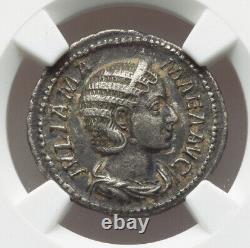 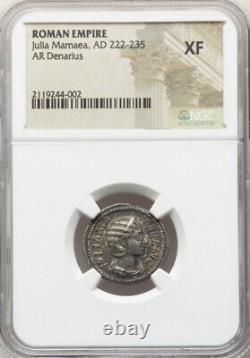 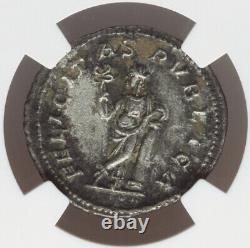 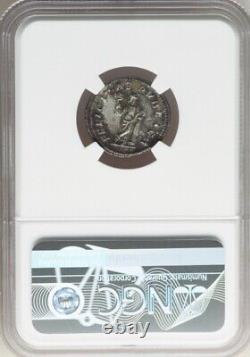 NGC XF Roman Empire Julia Mamaea, AD 222-235 AR Denarius Silver Coin; Rare example of this Ancient beauty. Julia Avita Mamaea or Julia Mamaea (14 or 29 August after 180-235) was a Syrian noble woman and member of the Severan dynasty. She was the mother of Roman emperor Alexander Severus and remained one of his chief advisors throughout his reign. She was killed in 235 by rebel soldiers along with her son.