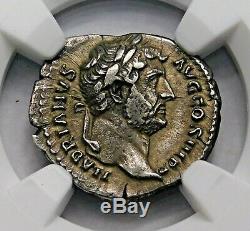 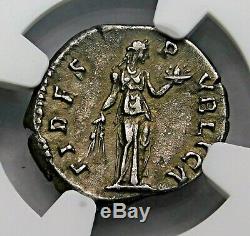 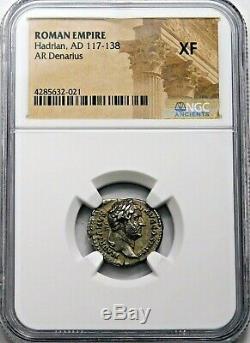 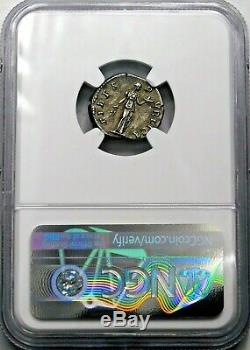 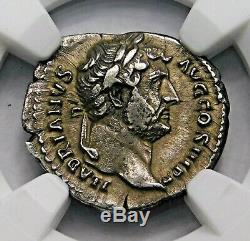 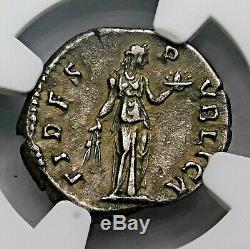 This coin is guaranteed for life to be a genuine ancient coin. Here at Ancient Auctions we have pledged to uphold the highest ethical standards. Hadrian (Latin: Publius Aelius Hadrianus Augustus; 24 January 76 - 10 July 138) was Roman emperor from 117 to 138. He is known for building Hadrian's Wall, which marked the northern limit of Britannia. He also rebuilt the Pantheon, constructed the Temple of Venus and Roma, and may have rebuilt the Serapeum of Alexandria.

Philhellene in most of his tastes, he is considered by some to have been a humanist. Hadrian was born Publius Aelius Hadrianus into a Hispano-Roman family. Although Italica near Santiponce (in modern-day Spain) is often considered his birthplace, his actual place of birth remains uncertain.

It is generally accepted that he came from a family with centuries-old roots in Hispania. His predecessor, Trajan, was a maternal cousin of Hadrian's father.

Trajan did not designate an heir officially, but according to his wife Pompeia Plotina, he named Hadrian emperor immediately before his death. Trajan's wife and his friend Licinius Sura were well disposed towards Hadrian, and he may well have owed his succession to them. During his reign, Hadrian travelled to nearly every province of the Empire.

An ardent admirer of Greece, he sought to make Athens the cultural capital of the Empire and ordered the construction of many opulent temples in the city. He used his relationship with his Greek lover Antinous to underline his philhellenism, and this led to the establishment of one of the most popular cults of ancient times. Hadrian spent a great deal of time with the military; he usually wore military attire and even dined and slept among the soldiers. He ordered rigorous military training and drilling and made use of false reports of attacks to keep the army on alert.

On his accession to the throne, Hadrian withdrew from Trajan's conquests in Mesopotamia, Assyria and Armenia, and even considered abandoning Dacia. Late in his reign he suppressed the Bar Kokhba revolt in Judaea, renaming the province Syria Palaestina.

In 138 Hadrian adopted Antoninus Pius on the condition that he adopt Marcus Aurelius and Lucius Verus as his own heirs. They would eventually succeed Antoninus as co-emperors. Hadrian died the same year at Baiae. International Buyers - Please Note.