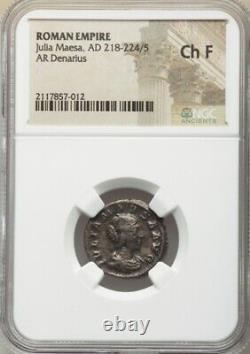 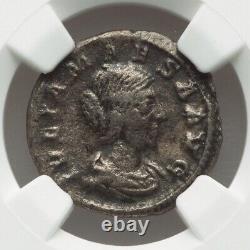 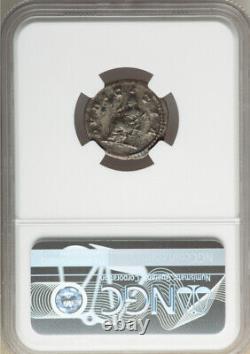 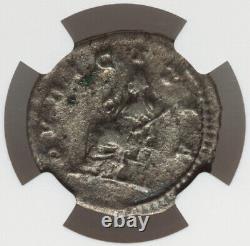 NGC Ch F Roman Empire Julia Maesa, AD 218-224/5 AR Denarius Silver Coin; Rare! Julia Maesa 7 May before 160 AD - c. 224 AD was a member of the Severan dynasty of the Roman Empire who was the grandmother of emperors Elagabalus and Severus Alexander, elder sister of empress Julia Domna, and mother of Julia Soaemias and Julia Mamaea. She wielded influence during the reigns of her grandsons as Augusta of the Empire from 218 to her death, especially on their elevation to emperors. Great coin with a very nice strike!

You won't be disappointed! This item is in the category "Coins & Paper Money\Coins: Ancient\Roman: Imperial (27 BC-476 AD)".