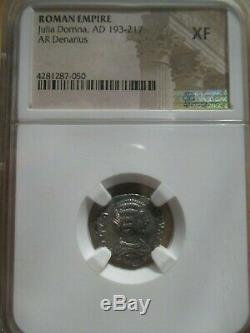 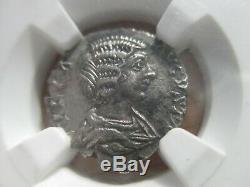 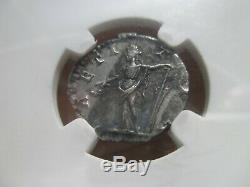 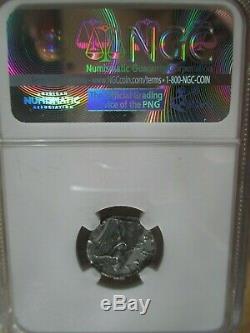 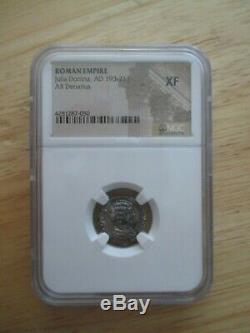 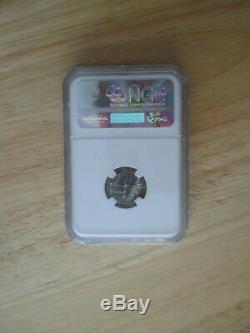 Ancient Roman Empire Silver Denarius Coin 193-217AD. Julia Domna Augustawife and primary advisor to Septimius Severusworking in a patriarchal system that officially excluded her from assuming absolute power, nevertheless managed to have her way. Unlike her predecessors, Julia Domna accompanied her husband on his military campaigns, and was known as the Lady of the Camp. The troops adored her, and she dispensed sage military advice. She also may have introduced the wearing of wigs to Rome. She bore Septimius two sons, Geta and Caracalla, who became co-emperors upon Septimius death in 211 with their mother as their mediator. After Geta was assassinated by his brothers agents, Julia Domna served as Caracallas advisor until his own assassination in 217. When his enemy Macrinus became emperor, Julia Domna was unable to bear not being in control and committed suicide. The item "NGC Certified XF Julia Domna Roman Silver Denarius Coin 193-217AD" is in sale since Tuesday, May 12, 2020. This item is in the category "Coins & Paper Money\Coins\ Ancient\Roman\ Imperial (27 BC-476 AD)".shop" and is located in Scituate, Massachusetts. This item can be shipped to United States.