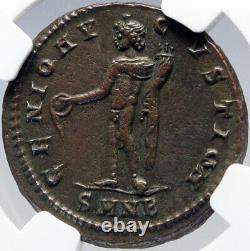 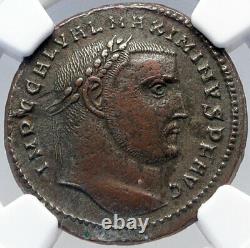 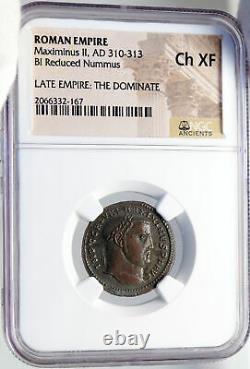 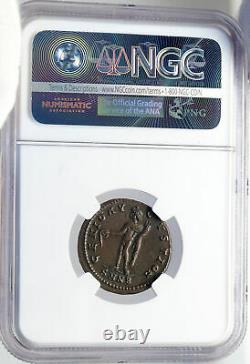 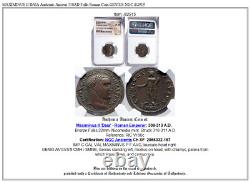 The Genius was a protection spirit, analogous to the guardian angels invoked by the Church of Rome. The belief in such spirits existed in Greece and at Rome. The Greeks called them Daemons, and appear to have believed in them from the earliest times, though Homer does not mention them. Hesiod says that the Daemons were 30,000 in number, and that they dwelled on earth unseen by mortals, as the ministers of Zeus, and as the guardians of men and justice.

He further conceives them to be the souls of the righteous men who lived in the golden age of the world. The Greek philosophers took up this idea, and developed a complete theory of daemons. Thus we read in Plato, that daemons are assinged to men at the moment of their birth, that they accompany men through life, and after death conduct their souls to Hades. Pindar, in several passages of the spirit watching over the fate of man from the hour of his birth.

The daemons are further described as ministers and companions of the gods, who carry the prayers of men to the gods, and the gifts of the gods to men, and accordingly float in immense numbers in the space between heaven and earth. There was also a distinct class of daemons, who were exclusively the ministers of the gods. The Romans seem to have received their notions respecting the genii from the Etruscans, though the name Genius itself is Latin (it is connected with gi-gn-o, gen-ui, and equivalent in meaning to generator or father).

The genii of the Romans are the powers which produce life (dii genitales), and accompany man through it as his second or spiritual self. They were further not confined to man, but every living being, animal as well as man, and every place had its genius. Every human being at his birth obtained (sortitur) a genius, who he worshipped as sanctus et sanctissimus deus, especially on his birthday, with libations of wine, incense, and garlands of flowers. The bridal bed was sacred to the genius, on account of his connection with generation, and the bed itself was called lectus genialis. On other merry occasions, also, sacrifices were offered to the genius, and to indulge in merriment was not unfrequently expressed by genio indulgere, genium curare, or placarae. The whole body of the Roman people had its own genius, who is often seen represented on coins of Hadrian and Trajan. He was worshipped on sad as well as joyous occasions; thus, sacrifices were offered to him at the beginning of the 2nd year of the war with Hannibal. The genii are usually represented in works of art as winged beings. The genius of a place appears in the form of a serpent eating fruit placed before him.

He became embroiled in the Civil wars of the Tetrarchy between rival claimants for control of the empire, in which he was defeated by Licinius. A committed pagan, he engaged in one of the last persecutions of Christians. He was born of Dacian peasant stock to the sister of the emperor Galerius near their family lands around Felix Romuliana, a rural area then in the Danubian region of Moesia, now Eastern Serbia. He rose to high distinction after joining the army. In 305, his maternal uncle Galerius became the eastern Augustus and adopted Maximinus, raising him to the rank of caesar (in effect, the junior eastern Emperor), and granting him the government of Syria and Egypt.

In 308, after the elevation of Licinius to Augustus, Maximinus and Constantine were declared filii Augustorum ("sons of the Augusti"), but Maximinus probably started styling himself after Augustus during a campaign against the Sassanids in 310. On the death of Galerius in 311, Maximinus divided the Eastern Empire between Licinius and himself.

When Licinius and Constantine began to make common cause, Maximinus entered into a secret alliance with the usurper Caesar Maxentius, who controlled Italy. He came to an open rupture with Licinius in 313; he summoned an army of 70,000 men but sustained a crushing defeat at the Battle of Tzirallum in the neighbourhood of Heraclea Perinthus on April 30. He fled, first to Nicomedia and afterwards to Tarsus, where he died the following August. His death was variously ascribed "to despair, to poison, and to the divine justice".

Maximinus has a bad name in Christian annals for renewing their persecution after the publication of the Edict of Toleration by Galerius, acting in response to the demands of various urban authorities asking to expel Christians. In one rescript replying to a petition made by the inhabitants of Tyre, transcribed by Eusebius of Caesarea, Maximinus expounds an unusual pagan orthodoxy, explaining that it is through "the kindly care of the gods" that one could hope for good crops, health, and the peaceful sea, and that not being the case, one should blame "the destructive error of the empty vanity of those impious men [that] weighed down the whole world with shame". In one extant inscription CIL III. 12132, from Arycanda from the cities of Lycia and Pamphylia asking for the interdiction of the Christians, Maximinus replied, in another inscription, by expressing his hope that may those... Who, after being freed from...

Rejoice [as] snatched from a grave illness. After the victory of Constantine over Maxentius, however, Maximinus wrote to the Praetorian Prefect Sabinus that it was better to "recall our provincials to the worship of the gods rather by exhortations and flatteries". Eventually, on the eve of his clash with Licinius, he accepted Galerius' edict; after being defeated by Licinius, shortly before his death at Tarsus, he issued an edict of tolerance on his own, granting Christians the rights of assembling, of building churches, and the restoration of their confiscated properties. The Christian writer Eusebius claims that Maximinus was consumed by avarice and superstition. He also allegedly lived a highly dissolute lifestyle.

And he went to such an excess of folly and drunkenness that his mind was deranged and crazed in his carousals; and he gave commands when intoxicated of which he repented afterward when sober. He suffered no one to surpass him in debauchery and profligacy, but made himself an instructor in wickedness to those about him, both rulers and subjects. He urged on the army to live wantonly in every kind of revelry and intemperance, and encouraged the governors and generals to abuse their subjects with rapacity and covetousness, almost as if they were rulers with him.

Why need we relate the licentious, shameless deeds of the man, or enumerate the multitude with whom he committed adultery? For he could not pass through a city without continually corrupting women and ravishing virgins. According to Eusebius, only Christians resisted him. For the men endured fire and sword and crucifixion and wild beasts and the depths of the sea, and cutting off of limbs, and burnings, and pricking and digging out of eyes, and mutilations of the entire body, and besides these, hunger and mines and bonds. In all they showed patience in behalf of religion rather than transfer to idols the reverence due to God. And the women were not less manly than the men in behalf of the teaching of the Divine Word, as they endured conflicts with the men, and bore away equal prizes of virtue. And when they were dragged away for corrupt purposes, they surrendered their lives to death rather than their bodies to impurity. He refers to one high-born Christian woman who rejected his advances. He exiled her and seized all of her wealth and assets. Eusebius does not give the girl a name, but Tyrannius Rufinus calls her "Dorothea, " and writes that she fled to Arabia. This story may have evolved into the legend of Dorothea of Alexandria. Caesar Baronius identified the girl in Eusebius' account with Catherine of Alexandria, but the Bollandists rejected this theory.