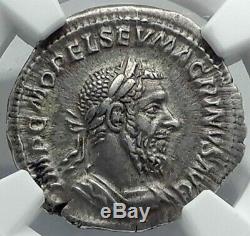 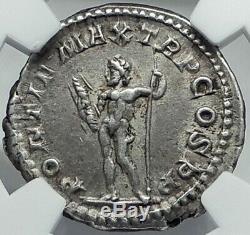 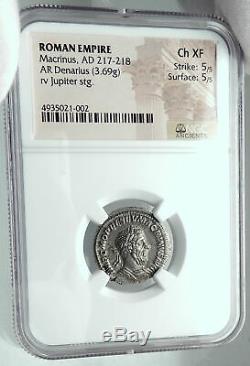 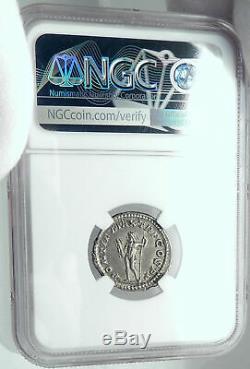 Jupiter , called Zeus by the Greeks. Jupiter was originally an elemental divinity, and his name signifies the father or lord of heaven, being a contraction of Diovis pater , or Diespiter.

Being the lord of heaven, he was worshipped as the god of rain, storms, thunder, and lightning, whence he had the epithets of Pluvius, Fulgurator, Tonitrualis, Tonans, and Fulminator. As the pebble or flint stone was regarded as the symbol of lightning, Jupiter was frequently represented with such a stone in his hand instead of a thunderbolt. In concluding a treaty, the Romans took the sacred symbols of Jupiter, viz. The sceptre and flint stone, together with some grass from his temple, and the oath taken on such an occasion was expressed by per Jovem Lapidem jurare. In consequence of his possessing such powers over the elements, and especially of his always having the thunderbolt at his command, he was regarded as the highest and most powerful among the gods.

Hence he is called the Best and Most High (Optimus Maximus). His temple at Rome stood on the lofty hill of the Capitol, whence he derived the surnames of Capitolinus and Tarpeius. He was regarded as the special protector of Rome. As such he was worshipped by the consuls on entering upon their office ; and the triumph of a victorious general was a solemn procession to his temple. He therefore bore the surnames of Imperator, Victor, Invictus, Stator, Opihdus, Feretrius, Praedator, Triumphator , and the like.

Under all these surnames he had temples or statues at Rome ; and 2 temples, viz. Those of Jupiter Stator and of Jupiter Feretrius, were believed to have been built in the time of Romulus. Under the name of Jupiter Capitolinus , he presided over the great Roman games ; and under the name of Jupiter Latialis or Latiaris , over the Feriae Latinae. Jupiter, according to the belief of the Romans, determined the course of all human affairs.

He foresaw the future, and the events happening in it were the results of his will. He revealed the future to man through signs in the heavens and the flight of birds, which are hence called the messengers of Jupiter, while the god himself is designated as Prodigialis , that is, the sender of prodigies.

For the same reason the god was invoked at the beginning of every undertaking, whether sacred or profane, together with Janus, who blessed the beginning itself. Jupiter was further regarded as the guardian of law, and as the protector of justice and virtue. Hence Fides was his companion on the Capitol, along with Victoria ; and hence a traitor to his country, and persons guilty of perjury, were thrown down from the Tarpeian rock.

As Jupiter was the lord of heaven, and consequently the prince of light, the white colour was sacred to him, white animals were sacrificed to him, his chariot was believed to be drawn by 4 white horses, his priests wore white caps, and the consuls were attired in white when they offered sacrifices in the Capitol the day they entered on their office. The worship of Jupiter at Rome was under the special care of the Flamen Dialis , who was the highest in rank of all the flamens. The Romans, in their representations of the god, adopted the type of the Greek Zeus. Macrinus Latin: Marcus Opellius Severus Macrinus Augustus ; c.

165 - June 218 was Roman Emperor from April 217 to 8 June 218. He reigned jointly with his young son Diadumenianus. Macrinus was by origin a Berber from Mauretania Caesariensis. A member of the equestrian class, he became the first emperor who did not hail from the senatorial class and was the first emperor from Mauretania. Before becoming emperor, Macrinus served under Emperor Caracalla as a praetorian prefect and dealt with Rome's civil affairs. Macrinus was proclaimed emperor of Rome by 11 April 217, while in the eastern provinces of the empire, and was subsequently confirmed as such by the Senate; however, for the duration of his reign he never had the opportunity to return to Rome. His predecessor's policies had left Rome's coffers empty and the empire at war with several kingdoms, including Parthia, Armenia and Dacia. As emperor, Macrinus first attempted to enact reform to bring economic and diplomatic stability to Rome. While Macrinus' diplomatic actions brought about peace with each of the individual kingdoms, the additional monetary costs and subsequent fiscal reforms generated unrest in the Roman military. Julia Maesa, taking advantage of the unrest, instigated a rebellion to have her fourteen-year-old grandson, Elagabalus, recognized as emperor. Macrinus was overthrown at the Battle of Antioch on 8 June 218 and Elagabalus proclaimed himself emperor with support from the rebelling Roman legions. Macrinus fled the battlefield and headed for Rome, but was captured in Chaceldon and later executed in Cappadocia. He sent his son to the care of Artabanus V of Parthia, but Diadumenianus was also captured and executed. After Macrinus' death the Senate declared him and his son enemies of Rome and had their names struck from the records and their images destroyed.

The item "MACRINUS Authentic Ancient 217AD Silver Denarius Roman Coin w JUPITER ZEUS NGC" is in sale since Saturday, May 18, 2019. This item is in the category "Coins & Paper Money\Coins\ Ancient\Roman\ Imperial (27 BC-476 AD)". The seller is "victoram" and is located in Forest Hills, New York.