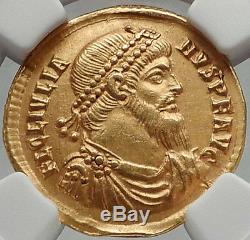 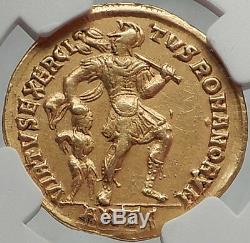 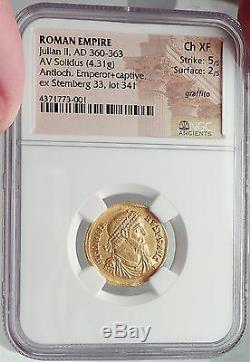 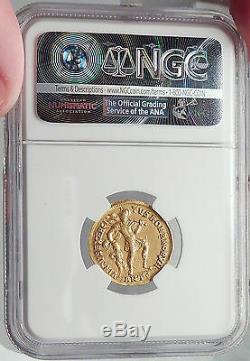 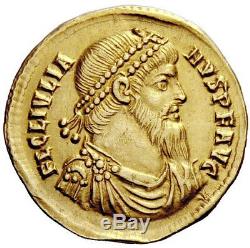 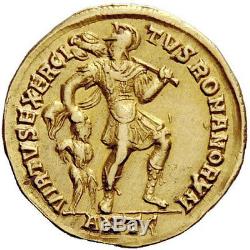 Julian was an extraordinary character. As a monarch he was indefatigable in his attention to business, upright in his administration, and comprehensive in his views; as a man, he was virtuous, in the midst of a profligate age, and did not yield to the luxurious temptations to which he was exposed. In consequence of his apostasy he has been smeared by Christian writers; but for the same reason he has been unduly extolled by heathen authors. He wrote a large number of works, many of which survive. Provided with certificate of authenticity. CERTIFIED AUTHENTIC by Sergey Nechayev, PhD - Numismatic Expert. Julian II'The Apostate' - Roman Emperor: 360-363 A. Caesar: 355-360 (under Constantius II) Augustus: 360-361 A. (as Rival of Constantius II) Sole Reign: 361-363 A. Julian (Latin: Flavius Claudius Iulianus Augustus, 331/332 - 26 June 363), also known as Julian the Apostate , was Roman Emperor from 361 to 363, as well as a notable philosopher and author in Greek. A member of the Constantinian dynasty, Julian became Caesar over the western provinces by order of Constantius II in 355 and in this role campaigned successfully against the Alamanni and Franks. Most notable was his crushing victory over the Alamanni in 357 at the Battle of Argentoratum (Strasbourg), leading his 13,000 men against a Germanic army three times larger. In 360 in Lutetia (Paris) he was proclaimed Augustus by his soldiers, sparking a civil war between Julian and Constantius. Before the two could face each other in battle, however, Constantius died, after naming Julian as his rightful successor.

In 363, Julian embarked on an ambitious campaign against the Sassanid Empire. Though initially successful, Julian was mortally wounded in battle and died shortly thereafter. Julian was a man of unusually complex character: he was "the military commander, the theosophist, the social reformer, and the man of letters".

He was the last non-Christian ruler of the Roman Empire, and it was his desire to bring the Empire back to its ancient Roman values in order to, as he saw it, save it from dissolution. He purged the top-heavy state bureaucracy and attempted to revive traditional Roman religious practices at the expense of Christianity. His anti-Christian sentiment and promotion of Neoplatonic paganism caused him to be remembered as Julian the Apostate by the church. Ironically, he was the last emperor of the Constantinian dynasty, which was the empire's first Christian dynasty. The item "JULIAN II 361 AD Authentic Ancient Roman Pedigreed GOLD SOLIDUS Coin NGC Ch XF" is in sale since Saturday, November 2, 2019. This item is in the category "Coins & Paper Money\Coins\ Ancient\Roman\ Imperial (27 BC-476 AD)". The seller is "victoram" and is located in Forest Hills, New York.