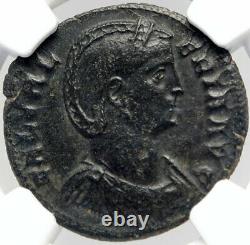 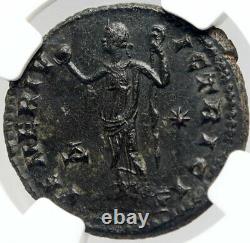 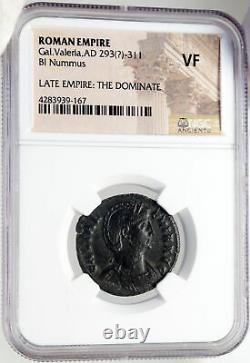 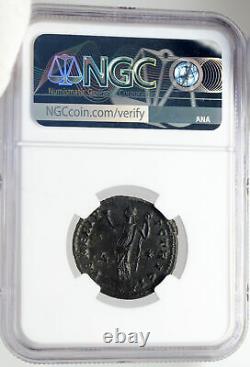 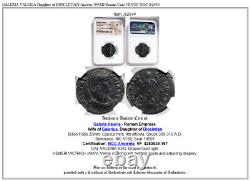 On August 15, 293 BC, her oldest known temple was dedicated, and August 18 became a festival called the Vinalia Rustica. After Rome's defeat at the Battle of Lake Trasimene in the opening episodes of the Second Punic War, the Sibylline oracle recommended the importation of the Sicillian Venus of Eryx; a temple to her was dedicated on the Capitoline Hill in 217 BC: a second temple to her was dedicated in 181 BC. Venus seems to have played a part in household or private religion of some Romans. Julius Caesar claimed her as an ancestor (Venus Genetrix); possibly a long-standing family tradition, certainly one adopted as such by his heir Augustus. Venus statuettes have been found in quite ordinary household shrines (lararia).

In fiction, Petronius places one among the Lares of the freedman Trimalchio's household shrine. Galeria Valeria (died 315) was the daughter of Roman Emperor Diocletian and wife of his co-emperor Galerius.

Born as Valeria to Diocletian and Prisca, she married Galerius in 293, when her father elevated him to the position of Caesar. Prior to this marriage, clearly organized to strengthen the bonds between the two emperors, Galerius had to divorce his first wife, Valeria Maximilla. Galeria was sympathetic towards Christians, while Galerius persecuted them.

Galeria was raised to the title of Augusta and Mater Castrorum in November 308. Since she gave no child to Galerius, Galeria adopted her husband's illegittimate son, Candidianus, as her own. When Galerius died, in 311, Licinius was entrusted with the care of Valeria and her mother Prisca. The two women, however, fled from Licinius to Maximinus Daia, whose daughter was betrothed to Candidianus.

Valeria fled, hiding for a year, until she was found in Thessaloniki. She was captured by the mob, beheaded in the central square of the city, and her body thrown in the sea. Canonized as christian saint with her mother (see Saint Alexandra). World-renowned expert numismatist, enthusiast, author and dealer in authentic ancient Greek, ancient Roman, ancient Byzantine, world coins & more. Ilya Zlobin is an independent individual who has a passion for coin collecting, research and understanding the importance of the historical context and significance all coins and objects represent.