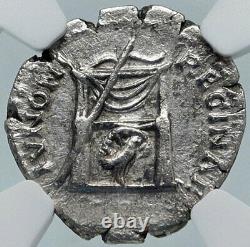 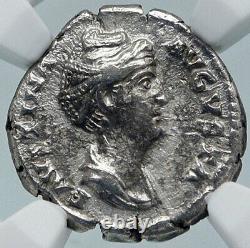 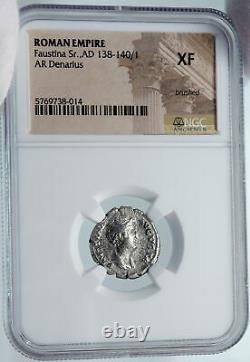 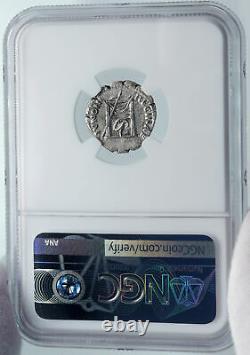 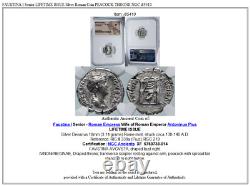 Juno, called Hera by the Greeks. The word Ju-no contains the same root as Ju-piter. As Jupiter is the king of heaven and of the gods, so Juno is the queen of heaven, or the female Jupiter.

She was worshipped at Rome as the queen of heaven, from early times, with the surname of Regina. At a later period her worship was solemnly transferred from Veii to Rome, where a sanctuary was dedicated to her on the Aventine.

As Jupiter was the protector of the male sex, so Juno watched over the female sex. She was supposed to accompany every woman through life, from the moment of her birth to her death. Hence she bore the special surnames of Virginalis and Matrona, as well as the general ones of Opigena and Sospita and under the last mentioned name she was worshipped at Lanuvium. On their birthday, women offered sacrifices to Juno surnamed Natatlis, just as men sacrificed to their genius natalis. The great festival, celebrated by all the women, in honour of Juno, was called Matronalia, and took place on the 1st of March. Her protection of women, and especially her power of making them fruitful, is further alluded to in the festival Populifugia, as well as in the surname of Februlis, Februata, Februta, or Februalis. Juno was further, like Saturn, the guardian of the finances, and under the name of Moneta she had a temple on the Capitoline hill, which contained the mint. The most important period in a woman's life is that of her marriage, and she was therefore believed especially to preside over marriage. Hence she was called Juga or Jugalis, and had a variety of other names, such as Pronuba, Cinxia.

The month of June, which is said to have been originally called Junonius, was considered to be the most favourable period for marrying. Women in childbed invoked Juno Lucina to help them, and newly-born children were likewise under her protection : hence she was sometimes confounded with the Greek Artemis or Ilithyia.

In Etruria she was worshipped under the name of Cupra. She was also worshipped at Falerii, Lanuvium, Aricia, Tibur, Praeneste, and other places. In the representations of the Roman Juno that have come down to us, the type of the Greek Hera is commonly adopted. Annia Galeria Faustina, more familiarly referred to as Faustina the Elder (Latin: Faustina Major ; born September 21 about 100, died October or November 140), was a Roman Empress and wife of Roman Emperor Antoninus Pius.

Her maternal aunts perhaps were Roman Empress Vibia Sabina, Matidia Minor. Her paternal grandfather had the same name as her father and her maternal grandparents possibly were Salonina Matidia (niece of Roman Emperor Trajan) and suffect consul Lucius Scribonius Libo Rupilius Frugi Bonus. Faustina was born and raised in Rome.

Faustina became Roman Empress and the senate accorded her the title of Augusta. Faustina as an empress was well respected and this beautiful woman was renowned for her wisdom. The Augustan History impugned her character, criticizing her as having "excessive frankness" and "levity". However, this doesn't appear to be the case with her character. Throughout her life, Faustina as a private citizen and an empress was involved in assisting with charities, assisting the poor and sponsoring and assisting in the education of Roman children, particularly of Roman girls.

She can be viewed as one of the most moral, stable and respected empresses in the history of the Roman Empire. When Faustina died, Antoninus was in complete mourning for Faustina. Antoninus did the following in memory of his loving wife. Deified her as a goddess (her apotheosis was portrayed on an honorary column). Had a temple built in the Roman Forum in her name, with priestesses in the temple.

Had various coins with her portrait struck in her honor. These coins were inscribed DIVA FAVSTINA ("Divine Faustina") and were elaborately decorated. Founded a charity called Puellae Faustinianae or Girls of Faustina, which assisted orphaned girls. Created a new alimenta (see Grain supply to the city of Rome). In 2008, archaeologists digging at the ancient site of Sagalassos in Turkey discovered a colossal marble head which is believed to be that of Faustina.

Getting your order to you, quickly and securely is a top priority and is taken seriously here. Great care is taken in packaging and mailing every item securely and quickly. What is a certificate of authenticity and what guarantees do you give that the item is authentic? You will be very happy with what you get with the COA; a professional presentation of the coin, with all of the relevant information and a picture of the coin you saw in the listing. Additionally, the coin is inside it's own protective coin flip (holder), with a 2x2 inch description of the coin matching the individual number on the COA. Whether your goal is to collect or give the item as a gift, coins presented like this could be more prized and valued higher than items that were not given such care and attention to. When should I leave feedback?