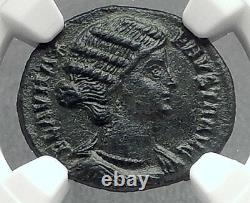 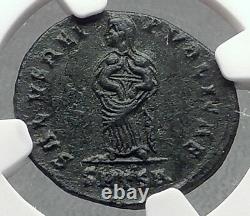 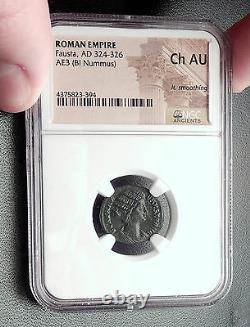 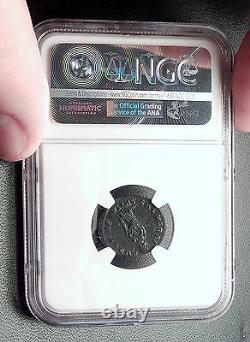 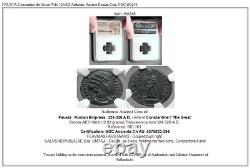 To seal the alliance between them for control of the Tetrarchy, in 307 Maximianus married her to Constantine I, who set aside his wife Minervina in her favour. Fausta had a part in her father's downfall. In 310 Maximian died as a consequence of an assassination plot against Constantine. Maximian decided to involve his daughter Fausta, but she revealed the plot to her husband, and the assassination was disrupted.

Maximian died, by suicide or by assassination, in July of that same year. Empress Fausta was held in high esteem by Constantine, and proof of his favour was that in 323 she was proclaimed Augusta ; previously she held the title of Nobilissima Femina. However three years later Fausta was put to death by Constantine, following the execution of Crispus, his eldest son by Minervina, in 326. The two deaths have been inter-related in various ways; in one, Fausta is set jealously against Crispus, as in the anonymous Epitome de Caesaribus, or conversely her adultery, perhaps with the stepson who was close to her in age, is suggested. Fausta was executed by suffocation in an over-heated bath, a mode of assassination not otherwise attested in the Roman world.

David Woods offers the connection of overheated bathing with contemporaneous techniques of abortion, a suggestion that implies an unwanted, adulterous pregnancy according to Constantine's biographer Paul Stephenson. The Emperor ordered the damnatio memoriae of his wife with the result that no contemporary source records details of her fate: Eusebius, ever the sycophant, mentions neither Crispus nor Fausta in his Life of Constantine, and even wrote Crispus out of the final version of his Ecclesiastical History HE X. 9.4, Constantine's biographer Paul Stephenson observes. Significantly, her sons, once in power, never revoked this order.

Of these, Constantina married her cousins, firstly Hannibalianus and secondly Constantius Gallus, and Helena married Emperor Julian. Apparently a genealogical claim that her daughter Fausta became mother of Emperor Valentinian I is without foundation Valentinian I and children of Constantine I's second marriage were born in years close to each other, i. They were of the same generation. Ilya Zlobin, world-renowned expert numismatist, enthusiast, author and dealer in authentic ancient Greek, ancient Roman, ancient Byzantine, world coins & more.