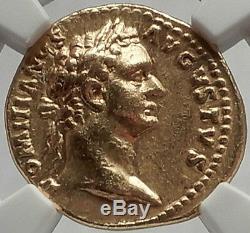 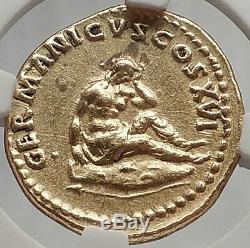 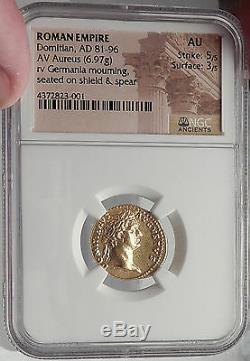 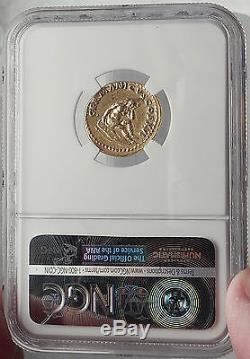 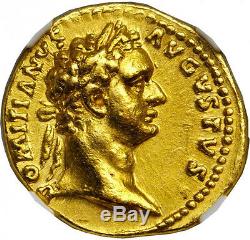 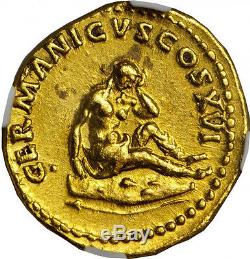 Domitian (Latin: Titus Flavius Caesar Domitianus Augustus ;24 October 51 - 18 September 96) was Roman Emperor from 81 to 96. Domitian was the third and last emperor of the Flavian dynasty. Domitian's youth and early career were largely spent in the shadow of his brother Titus, who gained military renown during the First Jewish-Roman War. This situation continued under the rule of his father Vespasian, who became emperor in 69 following the civil war known as the Year of the Four Emperors. While Titus held a great many offices under the rule of his father, Domitian was left with honours but no responsibilities. Vespasian died in 79 and was succeeded by Titus, whose own reign came to an unexpected end when he was struck by a fatal illness in 81. The following day Domitian was declared Emperor by the Praetorian Guard, commencing a reign which lasted fifteen years - longer than any man who had ruled since Tiberius. As Emperor, Domitian strengthened the economy by revaluing the Roman coinage, expanded the border defenses of the Empire, and initiated a massive building program to restore the damaged city of Rome.

Significant wars were fought in Britain, where his general Agricola attempted to conquer Caledonia (Scotland), and in Dacia, where Domitian was unable to procure a decisive victory against king Decebalus. Domitian's government exhibited totalitarian characteristics; he saw himself as the new Augustus, an enlightened despot destined to guide the Roman Empire into a new era of brilliance. Religious, military, and cultural propaganda fostered a cult of personality, and by nominating himself perpetual censor, he sought to control public and private morals. As a consequence, Domitian was popular with the people and army but considered a tyrant by members of the Roman Senate.

According to Suetonius, he was the first Roman Emperor who had demanded to be addressed as dominus et deus (master and god). Domitian's reign came to an end in 96 when he was assassinated by court officials. The same day he was succeeded by his advisor Nerva. After his death, Domitian's memory was condemned to oblivion by the Roman Senate, while senatorial authors such as Tacitus, Pliny the Younger and Suetonius published histories propagating the view of Domitian as a cruel and paranoid tyrant.

Modern history has rejected these views, instead characterising Domitian as a ruthless but efficient autocrat, whose cultural, economic and political program provided the foundation of the peaceful 2nd century. The item "DOMITIAN 92 AD Germania Capta Authentic Ancient Roman Gold Coin Certified NGC AU" is in sale since Thursday, November 15, 2018.