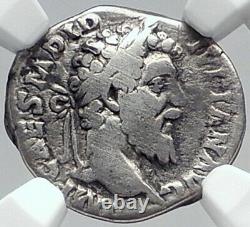 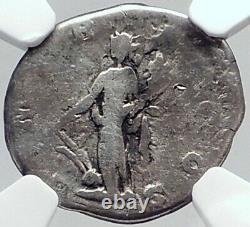 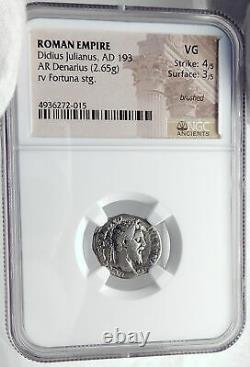 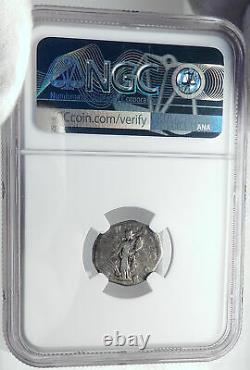 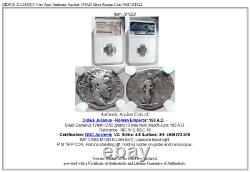 In Roman mythology, Fortuna (equivalent to the Greek goddess Tyche) goddess of fortune, was the personification of luck; hopefully she brought good luck, but she could be represented veiled and blind, as modern depictions of Justice are seen, and came to represent the capriciousness of life. Atrox Fortuna claimed the lives of Augustus' two hopeful grandsons, educated to take up princely roles, for she was also a goddess of fate. Her father was Jupiter, and though she had no lovers or children of her own, Fortuna was propitiated by mothers. Fortuna had a retinue that included Copia , "bounty", among her blessings.

Under the name Annonaria she protected grain supplies. In the Roman calendar, June 11 was sacred to Fortuna, with a greater festival to Fors Fortuna on the 24th. Roman writers disagreed whether her cult was introduced to Rome by Servius Tullius. Fortuna had a temple in the Forum Boarium and a public sanctuary on the Quirinalis, as the tutelary genius of Roma herself, Fortuna Populi Romani, the "Fortune of the Roman people", for Fortuna, the embodiment of the chaotic chance event as modern historians would see it, was closely tied by the Romans to virtus , strength of character; flaws in the main public actors brought on the calamities of ill fortune, as Roman historians like Sallust saw her role: "Truly, when in the place of work, idleness, in place of the spirit of measure and equity, caprice and pride invade, fortune is changed just as with morality". Didius Julianus (Latin: Marcus Didius Severus Julianus Augustus ; 30 January 133 or 2 February 137 - 1 June 193), was Roman Emperor for nine weeks during the year 193. This led to the Roman Civil War of 193-197. Julianus was ousted and sentenced to death by his successor, Septimius Severus.

Julianus was born to Quintus Petronius Didius Severus and Aemilia Clara. Julianus's father came from a prominent family in Mediolanum (Milan) and his mother was a North African woman of Roman descent, from a family of consular rank. His brothers were Didius Proculus and Didius Nummius Albinus.

His date of birth is given as 30 January 133 by Cassius Dio and 2 February 137 by the Historia Augusta. Didius Julianus was raised by Domitia Lucilla, mother of Roman Emperor Marcus Aurelius.

With Domitia's help, he was appointed at a very early age to the vigintivirate, the first step towards public distinction. He married a Roman woman named Manlia Scantilla, and sometime around 153, Scantilla bore him a daughter and only child Didia Clara. In succession Julianus held the offices of Quaestor and Aedile, and then, around 162, was named as Praetor. He was nominated to the command of the Legio XXII Primigenia in Mogontiacum (now Mainz). In 170, he became praefectus of Gallia Belgica and served for five years.

As a reward for his skill and gallantry in repressing an insurrection among the Chauci, a tribe dwelling on the Elbe, he was raised to the consulship in 175, along with Pertinax. It was around this time that he was charged with having conspired against the life of Commodus, but he had the good fortune to be acquitted and to witness the punishment of his accuser. He governed Bithynia and succeeded Pertinax as the proconsul of Africa.

Titus Flavius Claudius Sulpicianus, prefect of the city, father-in-law of the murdered emperor, being at that moment in the camp to which he had been sent to calm the troops, began making offers, whereupon Julianus, having been roused from a banquet by his wife and daughter, arrived in all haste, and being unable to gain admission, stood before the gate, and with a loud voice competed for the prize. Eventually Sulpicianus promised 20,000 sesterces to every soldier; Julianus, fearing that Sulpicianus would gain the throne, then offered 25,000.

The guards immediately closed with the offer of Julianus, threw open the gates, saluted him by the name of Caesar, and proclaimed him emperor. Threatened by the military, the Senate declared him emperor.

His wife and his daughter both received the title Augusta. Upon his accession, Julianus immediately devalued the Roman currency, decreasing the silver purity of the denarius from 87% to 81.5% - the actual silver weight dropping from 2.75 grams to 2.40 grams. After the initial confusion had subsided, the population did not tamely submit to the dishonour brought upon Rome. Whenever Julianus appeared in public he was saluted with groans, imprecations, and shouts of robber and parricide.

The mob tried to obstruct his progress to the Capitol, and even threw stones. When news of the public anger in Rome spread across the Empire, the generals Pescennius Niger in Syria, Septimius Severus in Pannonia, and Clodius Albinus in Britain, each having three legions under his command, refused to recognize the authority of Julianus. Julianus declared Severus a public enemy because he was the nearest of the three and, therefore, the most dangerous foe.

Deputies were sent from the Senate to persuade the soldiers to abandon him; a new general was nominated to supersede him, and a centurion dispatched to take his life. The Praetorian Guard, long strangers to active military operations, were marched into the Campus Martius, regularly drilled, and trained in the construction of fortifications and field works.

Severus, however, having secured the support of Albinus by declaring him Caesar, progressed towards the city and made himself master of the fleet at Ravenna. He defeated Tullius Crispinus, the Praetorian Prefect, who had been sent to halt his progress, and gained over to his cause the ambassadors sent to turn his troops. The Praetorian Guard, lacking discipline and sunk in debauchery and sloth, were incapable of offering any effectual resistance. Matters being desperate, Julianus now attempted negotiation and offered to share the empire with his rival. Severus ignored these overtures and pressed forward, all Italy declaring for him as he advanced.

At last the Praetorians, having received assurances that they would suffer no punishment - provided they surrendered the actual murderers of Pertinax - seized the ringleaders of the conspiracy and reported what they had done to Silius Messala, the consul, by whom the Senate was summoned and informed of the proceedings. The Senate passed a motion proclaiming Severus emperor, awarded divine honours to Pertinax, and sentenced Julianus to death. Julianus was deserted by all except one of the prefects and his son-in-law, Repentinus. Julianus was killed in the palace by a soldier in the third month of his reign (1 June 193). Severus dismissed the Praetorian Guard and executed the soldiers who had killed Pertinax. According to Cassius Dio, who lived in Rome during the period, Julianus's last words were But what evil have I done? His body was given to his wife and daughter, who buried it in his great-grandfather's tomb by the fifth milestone on the Via Labicana. World-renowned expert numismatist, enthusiast, author and dealer in authentic ancient Greek, ancient Roman, ancient Byzantine, world coins & more. Ilya Zlobin is an independent individual who has a passion for coin collecting, research and understanding the importance of the historical context and significance all coins and objects represent. Send me a message about this and I can update your invoice should you want this method. Getting your order to you, quickly and securely is a top priority and is taken seriously here. Great care is taken in packaging and mailing every item securely and quickly. What is a certificate of authenticity and what guarantees do you give that the item is authentic?

How and where do I learn more about collecting ancient coins? Visit the "Guide on How to Use My Store". For on an overview about using my store, with additional information and links to all other parts of my store which may include educational information on topics you are looking for. The item "DIDIUS JULIANUS Very Rare Authentic Ancient 193AD Silver Roman Coin NGC i81822" is in sale since Monday, December 2, 2019. This item is in the category "Coins & Paper Money\Coins\ Ancient\Roman\ Imperial (27 BC-476 AD)". The seller is "highrating_lowprice" and is located in Rego Park, New York. This item can be shipped worldwide.