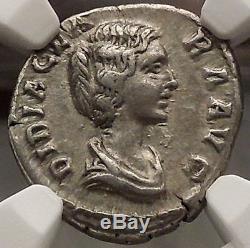 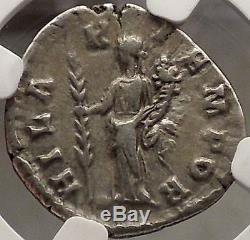 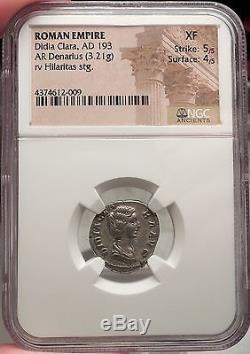 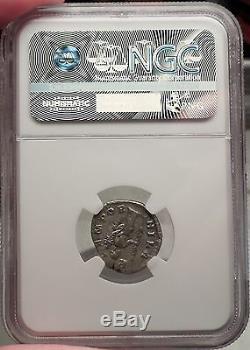 Certified: NGC Ancients XF, 5/5; 4/5. Didia Clara (born about 153) was a daughter and only child to the Roman Emperor Didius Julianus and Empress Manlia Scantilla. She was born and raised in Rome. His wife Manlia Scantilla and his daughter Didia Clara both received the title of Augusta. Didia Clara was reputedly one of the most beautiful women in Rome, but virtually nothing is known about her life or her personality.

In her younger years, she was betrothed to a paternal cousin; but in 193 she married Sextus Cornelius Repentinus, who served as prefect of Rome during the brief period that his father-in-law reigned, starting 28 March 193. When her father died on 1 June 193, the new emperor Septimius Severus removed her title. Within a month, her mother died. She survived her parents; however her fate afterwards is unknown. The item "DIDIA CLARA April-June193AD Authentic Ancient Silver Roman Coin NGC XF EXT RARE" is in sale since Friday, June 21, 2013. This item is in the category "Coins & Paper Money\Coins\ Ancient\Roman\ Imperial (27 BC-476 AD)". The seller is "victoram" and is located in Forest Hills, New York.