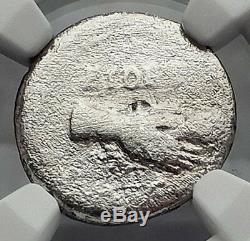 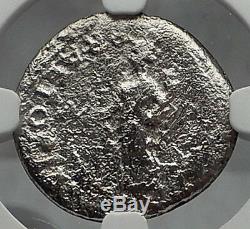 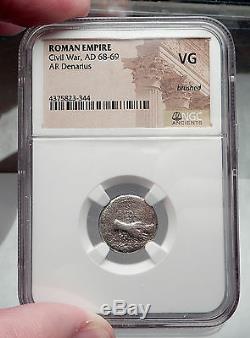 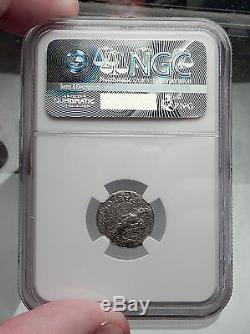 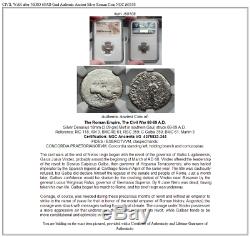 The civil wars at the end of Neros reign began with the revolt of the governor of Gallia Lugdunensis, Gaius Julius Vindex, probably around the beginning of March of AD 68. Vindex offered the leadership of the revolt to Servius Sulpicius Galba, then governor of Hispania Tarraconensis, who was hailed imperator by the Spanish legions at Carthago Nova in April of the same year. The title was cautiously refused, but Galba did declare himself the legatus of the senate and people of Rome. Just a month later, Galbas confidence would be shaken by the crushing defeat of Vindex near Besançon by the general Lucius Verginius Rufus, governor of Germania Superior. By 9 June Nero was dead, having taken his own life.

Galba began his march to Rome, and his brief reign was underway. Coinage, of course, was needed during these precarious months of revolt and without an emperor to strike in the name of (save for that in honor of the model emperor of Roman history, Augustus) the coinage was struck with messages suiting the political climate. The coinage under Vindex possesses a more aggressive air that underscores the militant nature of his revolt, while Galbas tends to be more constitutional and optimistic in tone.

The matter of fact is that any issues can be resolved, as reputation is most important to me. My goal is to provide superior products and quality of service. How and where do I learn more about collecting ancient coins? Visit the "Guide on How to Use My Store" for on an overview about using my store, with additional information and links to all other parts of my store which may include educational information on topics you are looking for. You may also want to do a YouTube search for the term "ancient coin collecting" for educational videos on this topic. The item "CIVIL WAR after NERO 68AD Gaul Authentic Ancient Silver Roman Coin NGC i60108" is in sale since Friday, March 17, 2017. This item is in the category "Coins & Paper Money\Coins\ Ancient\Roman\ Imperial (27 BC-476 AD)". The seller is "highrating_lowprice" and is located in Rego Park, New York. This item can be shipped worldwide.