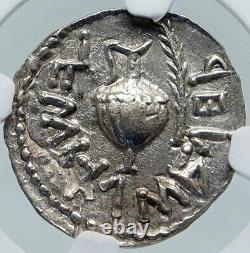 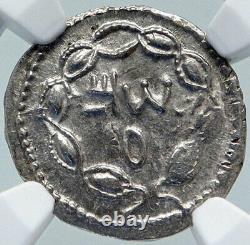 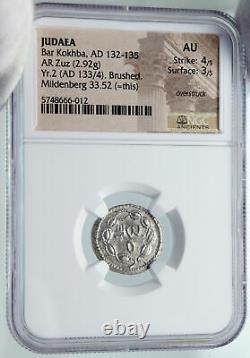 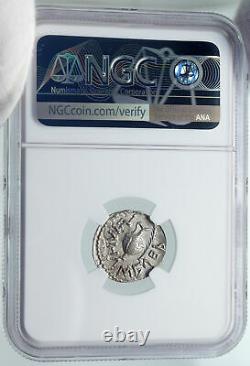 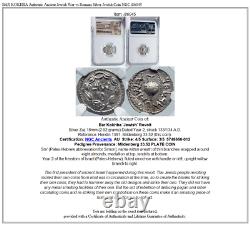 The first president of ancient Israel happened during this revolt. The Jewish people revolting minted their own coins from what was in circulation at the time, so to create the blanks for striking their own coins, they had to hammer away the old designs and strike their own.

They did not have any metal smelting facilities of their own. But the act of rebellion of defacing pagan and other circulating coins and re-striking their own symbolism on these coins make it an amazing piece of historical significance to collect. The Bar Kokhba revolt (Hebrew: ; Mered Bar Kokhba) was a rebellion of the Jews of the Roman province of Judea, led by Simon bar Kokhba, against the Roman Empire. Fought circa 132-136 CE, it was the last of three major Jewish-Roman wars, so it is also known as The Third Jewish-Roman War or The Third Jewish Revolt. Some historians also refer to it as the Second Revolt of Judea , not counting the Kitos War (115-117 CE), which had only marginally been fought in Judea.

The revolt erupted as a result of ongoing religious and political tensions in Judea following on the failure of the First Revolt in 66-73 CE. These tensions were related to the establishment of a large Roman presence in Judea, changes in administrative life and the economy, together with the outbreak and suppression of Jewish revolts from Mesopotamia to Libya and Cyrenaica. The proximate reasons seem to be the construction of a new city, Aelia Capitolina, over the ruins of Jerusalem and the erection of a temple to Jupiter on the Temple Mount. The Church Fathers and rabbinic literature emphasize the role of Rufus, governor of Judea, in provoking the revolt. In 132, the revolt led by Bar Kokhba quickly spread from central Judea across the country, cutting off the Roman garrison in Aelia Capitolina (Jerusalem).

Quintus Tineius Rufus was the provincial governor at the time of the erupting uprising, attributed with the failure to subdue its early phase. Rufus is last recorded in 132, the first year of the rebellion; whether he died or was replaced is uncertain. Despite arrival of significant Roman reinforcements from Syria, Egypt and Arabia, initial rebel victories over the Romans established an independent state over most parts of Judea Province for over two years, as Bar Kokhba took the title of Nasi ("prince"). Simon bar Kokhba, the commander of the revolt, was regarded by many Jews as the Messiah, who would restore their national independence.

This setback, however, caused Emperor Hadrian to assemble a large-scale Roman force from across the Empire, which invaded Judea in 134 under the command of General Sextus Julius Severus. The Roman army was made of six full legions with auxiliaries and elements from up to six additional legions, which finally managed to crush the revolt. The Bar Kokhba revolt resulted in the extensive depopulation of Judean communities, more so than during the First Jewish-Roman War of 70 CE.

According to Cassius Dio, 580,000 Jews perished in the war and many more died of hunger and disease. The Jewish communities of Judea were devastated to an extent which some scholars describe as a genocide.

However, the Jewish population remained strong in other parts of Palestine, thriving in Galilee, Golan, Bet Shean Valley and the eastern, southern and western edges of Judea. Roman casualties were also considered heavy - XXII Deiotariana was disbanded after serious losses. In addition, some historians argue that Legio IX Hispana's disbandment in the mid-2nd century could have been a result of this war.

In an attempt to erase any memory of Judea or Ancient Israel, Emperor Hadrian wiped the name off the map and replaced it with Syria Palaestina. However, there is only circumstantial evidence linking Hadrian with the name change and the precise date is not certain. The common view that the name change was intended to "sever the connection of the Jews to their historical homeland" is disputed. The Bar Kokhba revolt greatly influenced the course of Jewish history and the philosophy of the Jewish religion. Despite easing the persecution of Jews following Hadrian's death in 138 CE, the Romans barred Jews from Jerusalem, except for attendance in Tisha B'Av.

Jewish messianism was abstracted and spiritualized, and rabbinical political thought became deeply cautious and conservative. The Talmud, for instance, refers to Bar Kokhba as "Ben-Kusiba", a derogatory term used to indicate that he was a false Messiah. It was also among the key events to differentiate Christianity as a religion distinct from Judaism. Although Jewish Christians regarded Jesus as the Messiah and did not support Bar Kokhba, they were barred from Jerusalem along with the other Jews. World-renowned expert numismatist, enthusiast, author and dealer in authentic ancient Greek, ancient Roman, ancient Byzantine, world coins & more.

Ilya Zlobin is an independent individual who has a passion for coin collecting, research and understanding the importance of the historical context and significance all coins and objects represent. Send me a message about this and I can update your invoice should you want this method. Getting your order to you, quickly and securely is a top priority and is taken seriously here. Great care is taken in packaging and mailing every item securely and quickly. What is a certificate of authenticity and what guarantees do you give that the item is authentic? You will be very happy with what you get with the COA; a professional presentation of the coin, with all of the relevant information and a picture of the coin you saw in the listing. Additionally, the coin is inside it's own protective coin flip (holder), with a 2x2 inch description of the coin matching the individual number on the COA. Whether your goal is to collect or give the item as a gift, coins presented like this could be more prized and valued higher than items that were not given such care and attention to. When should I leave feedback? Please don't leave any negative feedbacks, as it happens sometimes that people rush to leave feedback before letting sufficient time for their order to arrive.

The item "BAR KOKHBA Authentic Ancient Jewish War vs Romans Silver Jewish Coin NGC i86045" is in sale since Thursday, September 3, 2020. This item is in the category "Coins & Paper Money\Coins\ Ancient\Greek (450 BC-100 AD)". The seller is "highrating_lowprice" and is located in Rego Park, New York. This item can be shipped worldwide.