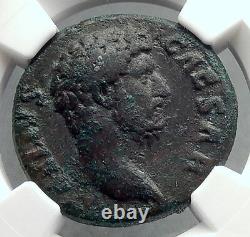 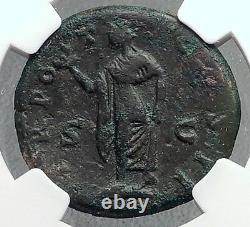 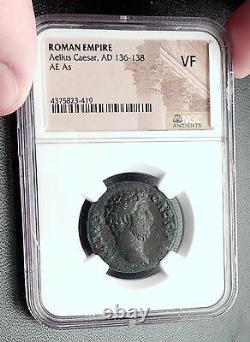 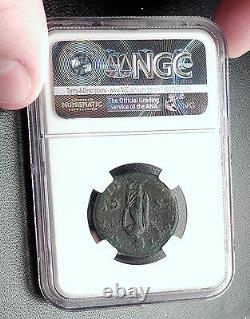 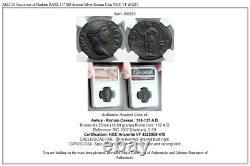 Multiple temples to Spes are known, and inscriptions indicate that she received private devotion as well as state cult. Columns from the Temple of Spes in the Forum Holitorium were incorporated into the San Nicola in Carcere church. During the Republic, a temple to "ancient Hope" (Spes vetus) was supposed to have been located near the Praenestine Gate. It was associated with events that occurred in the 5th century BC, but its existence as anything except perhaps a private shrine has been doubted. A well-documented temple of Spes was built by Aulus Atilius Calatinus along with Fides, as the result of vows (vota) made to these goddesses during the First Punic War.

At Capua in 110 BC, a temple was built to the triad of Spes, Fides, and Fortuna. Spes was one of the divine personifications in the Imperial cult of the Virtues.

Spes Augusta was Hope associated with the capacity of the emperor as Augustus to ensure blessed conditions. Like Salus ("Salvation, Security"), Ops ("Abundance, Prosperity"), and Victoria ("Victory"), Spes was a power that had to come from the gods, in contrast to divine powers that resided within the individual such as Mens ("Intelligence"), Virtus ("Virtue"), and Fides ("Faith, Fidelity, Trustworthiness"). The Greek counterpart of Spes was Elpis, who by contrast had no formal cult in Greece.

The primary myth in which Elpis plays a role is the story of Pandora. The Greeks had ambivalent or even negative feelings about "hope", and the concept was unimportant in the philosophical systems of the Stoicss and Epicureans.

In Rick Riordan's The Heroes of Olympus series, the Day of Hope (also known as the Feast of Spes), which falls on August 1, is chosen by the series main antagonist, the primordial goddess, Gaia, as the day of her awakening. This is done with the irony that the day when humanity would place their hope to their highest would be the day when they would lose all their hope forever. Lucius Aelius Verus Caesar (January 13, 101 - January 1, 138) became the adopted son and intended successor, of Roman Emperor Hadrian (January 24, 76 - July 10, 138), but never attained the throne. Aelius was born with the name Lucius Ceionius Commodus Verus. He was of the gens Ceionia.

His father Lucius Ceionius Commodus Verus (according to Augustan History was known as Lucius Aurelius or Annius) was consul in 106 and his paternal grandfather of the same name was consul in 78. His paternal ancestors were from Etruria and were of consular rank.

His mother was a Roman woman called Aelia or Fundania Plautia. Augustan History states that his maternal grandfather and his maternal ancestors were of consular rank. Before 130, Aelius married Avidia Plautia, a well-connected Roman Noblewoman who was the daughter of the Roman Senator Gaius Avidius Nigrinus. Plautia bore Aelius, two sons and two daughters, who were.

Lucius Verus - born as Lucius Ceionius Commodus. He would rule as co- Roman Emperor with Marcus Aurelius from 161 until his death in 169.

Lucius Verus would marry Lucilla, the second daughter of Marcus Aurelius and Faustina the Younger. Gaius Avidius Ceionius Commodus - he is known from an inscription found in Rome. Ceionia Fabia - she was in 136 engaged to Marcus Aurelius. In 138, when Marcus Aurelius was adopted by Roman Emperor Antoninus Pius, Aurelius ended his engagement to Fabia.

Aurelius became engaged to Antoninus Pius' daughter Faustina the Younger, whom he later married. Aelius was adopted by an aging and ailing Hadrian in 136 and named successor to the throne, although he had no military experience; he had served as a senator. He had powerful political connections, but was in poor health. His tastes were luxurious and his life extravagant. He is said to have had Ovid's erotic poetry and "a book about Apicius " (presumably Apion's On the Luxury of Apicius) as bedside reading, and to have personally invented the luxury dish tetrapharmacum. Aelius himself was never to become emperor, dying shortly before Hadrian. After Aelius' death, Hadrian adopted Antoninus Pius (September 19, 86 - March 7, 161) on the condition that Antoninus Pius adopt the younger Lucius Verus and Hadrian's great-nephew by marriage, Marcus Aurelius (April 26, 121 - March 17, 180). Marcus Aurelius later co-ruled with Lucius Verus as joint Roman Emperors, until Lucius Verus died in 169. After Marcus Aurelius was sole ruler until his own death in 180.

Aelius is a major character in Marguerite Yourcenar's Memoirs of Hadrian. Ilya Zlobin, world-renowned expert numismatist, enthusiast, author and dealer in authentic ancient Greek, ancient Roman, ancient Byzantine, world coins & more. Ilya Zlobin is an independent individual who has a passion for coin collecting, research and understanding the importance of the historical context and significance all coins and objects represent. Send me a message about this and I can update your invoice should you want this method. Getting your order to you, quickly and securely is a top priority and is taken seriously here.

Is there a number I can call you with questions about my order? When should I leave feedback? Please don't leave any negative feedbacks, as it happens sometimes that people rush to leave feedback before letting sufficient time for their order to arrive. The matter of fact is that any issues can be resolved, as reputation is most important to me. My goal is to provide superior products and quality of service. How and where do I learn more about collecting ancient coins? Visit the "Guide on How to Use My Store" for on an overview about using my store, with additional information and links to all other parts of my store which may include educational information on topics you are looking for. You may also want to do a YouTube search for the term "ancient coin collecting" for educational videos on this topic. This item is in the category "Coins & Paper Money\Coins: Ancient\Roman: Imperial (27 BC-476 AD)". The seller is "highrating_lowprice" and is located in this country: US. This item can be shipped worldwide.